Farmer’s Almanac Predicts Winter 2021 Won’t Be So Bad For ‘Most’ States, Not Counting Those Expected To Get ‘Snow Dumps’ 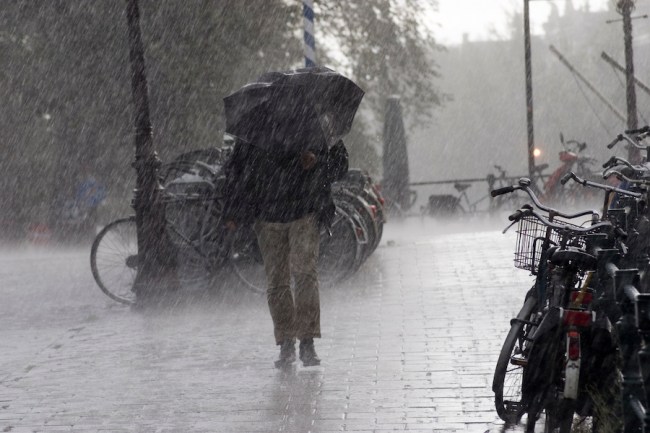 Last February, I remember thinking to myself “you know, this wasn’t such a bad winter.”

In my part of the world, we barely had any snowfall, the kids didn’t miss a day of school because of weather, and aside from a week or two of frigid temps, the winter season wasn’t all that cold.

And then March hit and we all got locked inside because of COVID. I’d rather endure 30 days of snow than a country-crippling virus.

Unfortunately, the outlook for virus 2021 isn’t so great but the weather for winter 2021 doesn’t look so bad, at least according to the Old Farmer’s Almanac 2021 edition.

Although low levels of solar activity have historically been associated with cooler temperatures, on average, across Earth, we believe that rising temperature trends mean that the winter will not be extremely cold.

For the United States, we predict that recent warming trends will dominate in the eastern and northern parts of the United States in the coming winter, with below-normal average temperatures limited to the western portion of the nation.

Most of Canada will have a cold and snowy winter. However, rising temperature trends mean that the winter will not bring extreme cold; instead, it will be closer to normal.

Here’s a look at the official weather forecast from the Almanac. Snow dumps feels like the nickname for finally having a bowel movement after a coke-binge.

The Almanac is predicting “uncommonly chilly temperatures will be limited mostly to the western states and northeastern New England. Specifically, winter will be colder than normal in Maine; the Intermountain, Desert Southwest, and Pacific Southwest regions.”

Naturally, there’s a tradeoff, and the Farmer’s Almanac warns of “wet” weather being a winter constant with high levels of rainfall.

The 2021 Old Farmer’s Almanac can now be found in local stores across North America or you can order a copy at TheAlmanacStore.com.