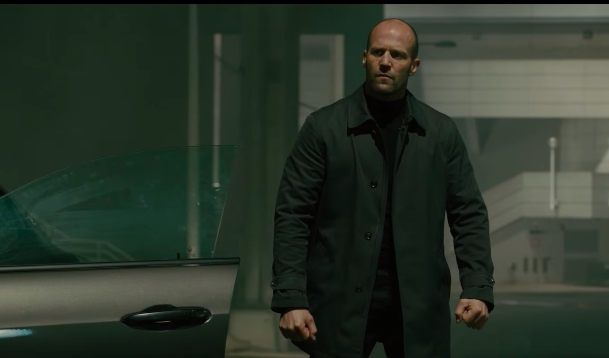 “Jason Statham Driving Cars” is easily one of my favorite movie genres— a genre the actor has continually perfected over the years.

Statham really kicked things off with The Transporter and followed it up by hopping behind the wheel of a Mini Cooper in The Italian Job before kicking things into high gear with another remake in the form of the ultimate guilty pleasure that is Death Race.

Based on his filmography, it was only natural that Statham joined The Fast and the Furious franchise in its sixth installment and followed up his performance by becoming the bane of Vin Diesel’s existence.

Last year, it was revealed Statham would be teaming up with Dwayne Johnson in a Fast and the Furious spinoff, where he’ll inevitably add to the impressive tab he’s racked up destroying things since becoming a part of the franchise.

As of right now, we don’t know much about the movie that’s been dubbed Hobbs and Shaw but Johnson was nice enough to shed a little bit of light on the film in an Instagram post giving us our first real look at the project.

It would appear the filming for the film has officially kicked off under the supervision of David Leitch, who (as you already know if you read the caption) directed Deadpool 2 but also had a role behind the camera in the first John Wick movie.

Statham also shared the picture and it’s clear both he and Johnson are pumped to finally join forces in a couple of weeks.

Hobbs and Show will also feature Idris Elba as the villain the titular characters will be facing off against, so if the cast is any indication, we’re in for one hell of a ride.

The movie is scheduled to drop on August 2, 2019 (assuming the date doesn’t get pushed back yet again).