Some FBI Interns Made The Critical Mistake Of Holding A Q&A On Twitter, Got Trolled Unmercifully 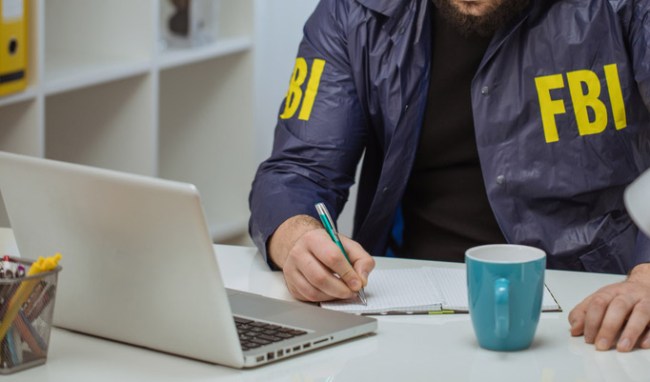 Couple of quick questions here. If you work for the FBI shouldn’t you be smart enough to know to NEVER ask the internet for help? Did they learn nothing from Harambe McHarambeface and Boaty McBoatface? These FBI interns apparently didn’t.

Because on Wednesday, some interns in the Albuquerque, New Mexico branch of the FBI decided to hold a live Twitter Q&A. The topic was supposed to be the FBI’s Honors Internship program.

Today is the day! Join us for our live chat to answer all your questions about the #FBI Honors Internship: 2-4pm EDT 11-1 PDT #FBIHonors pic.twitter.com/WBi9J3mZKR

Instead of asking about the Honors Internship program, take a wild guess how many questions were asked about Breaking Bad instead? If you said a lot of them, give yourself a cookie.

how much of Breaking Bad was real

Would you recommend that I settle in Albuquerque? Wanna set a shop for a blue product that I make. I am chemist teacher. Final cancer stage. Hows your relations with DEA over there ?

Do you know the whereabouts of Jesse Pinkman?

Badger and Skinny Pete are still on the loose.

TELL US THE TRUTH BEHIND ROSWELL I KNOW WHAT YOU DID

Have you gotten to go to a crime scene yet and say “who’s in charge here? Not anymore, this is FBI jurisdiction now!” to the local cops?

Are the rumors true that you guys know where Elvis is hiding?

Where can one obtain $9,980 in non-sequential twenties? Asking for a friend.

How much of your training involves just watching Silence of the Lambs? 100% or 100%?

aliens? Don't fave this if they exist.

What color was the dress?

What happened at the end of The Sopranos? Is Tony in hiding?

Does Alexa report to the FBI?

Why did you guys screw over the Baltimore PD at the end of Season 2 of The Wire?

How much do you regret asking people to ask you questions?

I don’t know. Those all seem like pretty solid questions to me.