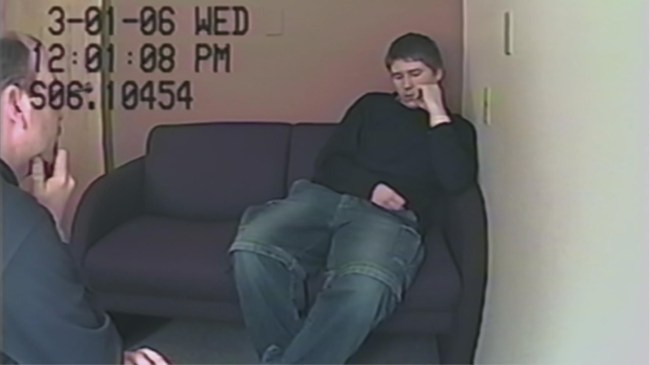 Over a year ago, a federal judge overturned Brendan Dassey’s murder conviction. Everyone started contemplating how Dassey from Making a Murderer would attend WrestleMania once he was freed. Brendan Dassey was never let out of the maximum-security Green Bay Correctional Facility in Green Bay, Wisconsin. And it doesn’t sound like Dassey will be a free man anytime soon after the latest development in the 2005 murder of photographer Teresa Halbach.

The full 7th U.S. Circuit Court of Appeals reviewed Brendan Dassey’s claims that investigators tricked him into his confession of raping and killing Halbach along with his uncle Steven Avery. On Friday, the federal court narrowly voted to overturn the previous decision to drop Dassey’s murder conviction and release him. With a 4-to-3 decision, the judges ruled that Dassey was not coerced into confessing by Wisconsin police. “The state courts’ finding that Dassey’s confession was voluntary was not beyond fair debate, but we conclude it was reasonable,” said the court’s 39-page ruling.

The verdict was very close and some of the judges strongly felt that Dassey should be released from prison. Judge Ilana Diamond Rovner went so far as to say, “his confession was not voluntary and his conviction should not stand, and yet an impaired teenager has been sentenced to life in prison,” she wrote in her dissent. “I view this as a profound miscarriage of justice.” Chief Judge Diane P. Wood, who also believes in Dassey’s innocence, said that minus the confession, “the case against Dassey was almost nonexistent.”

Dassey’s attorneys, Laura Nirider and Robert Drizin, said they were “profoundly disappointed” in the verdict and would take this case all the way to the U.S. Supreme Court. Both Dassey and Avery’s lawyers assert that police framed them both because they wanted revenge against Avery for filing a lawsuit against Manitowoc County over wrongful imprisonment for a sexual assault Steven didn’t commit and was fully exonerated in 2003.

In the meantime, Dassey will now stay in prison where he has been for a decade after he was found guilty of first-degree intentional homicide, rape, and mutilation of a corpse when he was 17-years-old. On April 25, 2007, he was sentenced to life in prison with eligibility for parole in 2048. Dassey became famous after the Netflix 10-part documentary Making a Murderer debuted in December of 2015 and became massively popular in months thereafter.