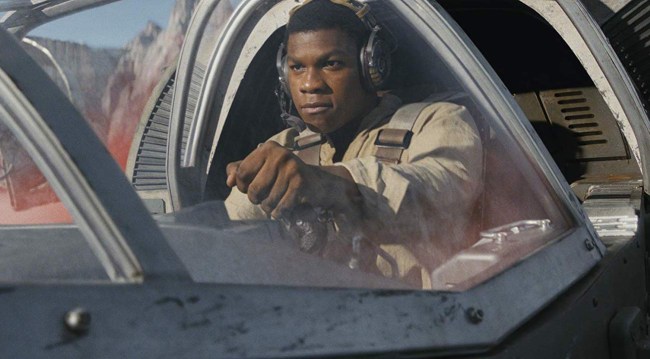 Of all of the various projects in the Star Wars universe, there is arguably none as divisive as The Last Jedi.

Beloved by some and reviled by others, The Last Jedi represents something of a litmus test for Star Wars fans, as you’re likely on one side or the other.

Personally, while I think it certainly has its fair share of issues, I find The Last Jedi to be the best of Disney’s sequel trilogy, particularly its final hour or so, which is — TO ME — everything that a Star Wars movie should be. Like, that Throne Room scene is as dank as anything to occur in a Star Wars film in the last quarter of a century — that’s just a fact.

That said, if there’s one thing about The Last Jedi that I absolutely hated, it was Finn’s arc. Essentially quarantined to a side plot, Finn spends the majority of the film on Canto Bight with newly-introduced character Rose Tico. And while their chemistry works, their adventure doesn’t, as their solo-mission is easily the film’s weakest element. Long story short, Finn goes the short end of The Last Jedi‘s narrative.

But according to some on the internet, Finn’s arc in The Last Jedi may have been more important than we realize.

As we learn in The Rise of Skywalker, Finn eventually realizes that he believes he’s Force Sensitive, as he repeatedly yet unsuccessfully tries to tell Rey as much. And according to some fans, we actually got to see Finn use said Force Powers in the closing moments of The Last Jedi.

do y'all think finn moved the rocks aside with the force when he ran towards rey?? pic.twitter.com/57eNFd21p3

As one reply to the above tweet points out, Finn “moved so suddenly that Rey probably wasn’t prepared to move the rocks as he could’ve easily walked past them without them moving.”

However, that said, I’m still not buying it and just think Rey and her awesome (in the literal sense of the word, not the way us Bros use it) Force powers were the ones moving those boulders.