Here Is What Finn Was Desperately Trying To Tell Rey In ‘The Rise of Skywalker’, According To J.J. Abrams 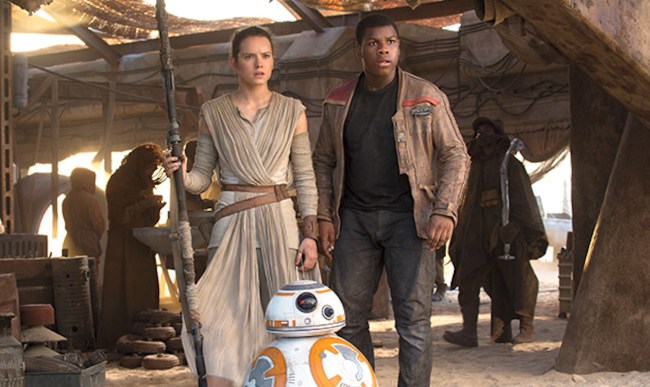 After years of hope, hype, and tirelessly toxic internet discourse, Star Wars: The Rise of Skywalker is here, and naturally, it has been quite divisive thus far.

Warning: spoilers for Star Wars: The Rise of Skywalker will follow.

However, regardless of how you felt about the film — loved it, hated it, or otherwise — you likely found yourself curious about one thing: what is it that Finn wanted to tell his bae Rey?

Throughout the course of the film, Finn desperately and repeatedly tries to tell Rey something apparently important — especially when they feel as though they’re about to die in that cosmic quick sad — although he never gets the chance.

According to one Twitter user who was at the Academy screening of Star Wars: The Rise of Skywalker, J.J. Abrams confirmed to the crowd that Finn repeatedly tries to tell Rey that he, too, is Force sensitive.

I had the privilege of attending the Academy screening of #TheRiseOfSkywalker today and J.J. confirmed that what Finn wanted to tell Rey was that he’s force sensitive! pic.twitter.com/hxuDHhwL6N

Abrams’ admission certainly tracks with the rest of the film, as Finn displays multiple instances of Force sensitivity during the course of The Rise of Skywalker (although he never gets to wield it in battle like a Jedi would).

While a potential romance between Finn and Rey was teased at the beginning of the trilogy in Star Wars: The Force Awakens, Rey’s highly-sought-after affections (I love you, Daisy) ultimately end up with Kylo Ren, culminating in the extremely cringe-worthy kiss between the two in the third act of The Rise of Skywalker.

Star Wars: The Rise of Skywalker — the ninth and final chapter in the 42-year-old Skywalker Saga — is now playing in theaters across the country.

MORE: Buying or Selling all of the major moments in ‘The Rise of Skywalker’

MORE: Here’s how ‘The Rise of Skywalker’ connects to ‘The Mandalorian’