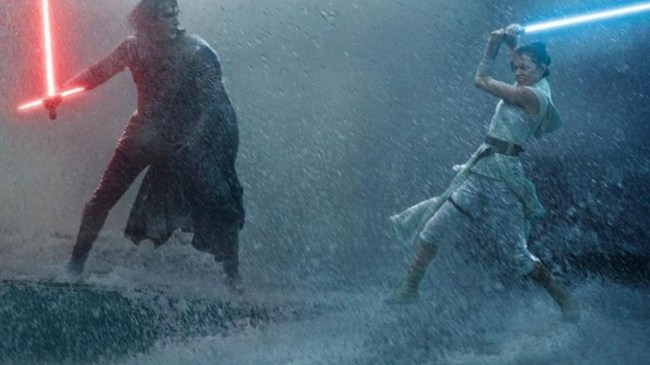 Sticking the landing is never easy. Just ask the guys who made Lost.

I’m currently doing a rewatch of Lost, in fact, as it was the first television show I ever seriously watched week-in and week-out and I’ve yet to see it since it originally aired.

I can’t remember why, exactly, I decided to rewatch Lost, as there are plenty of other things, from television shows I haven’t seen to podcasts to true-crime docs, that could fill my time. But yet I chose to revisit Lost if only for the sake of seeing if I could trust the memory of the show I thought it was.

And to my humbling surprise, it turns out that Lost, in its early goings, was fucking excellent. And yet for all the years, I’ve sort of looked back on it with a sense of humor, as all I can remember is the way it ended, not the way it began.

LOST was the first TV show I ever seriously watched week in & week out. Special place in my heart.

So for the first time since it originally aired, I’ve decided to watch it again and WOOF HOLY SHIT WHAT A FUCKING BANANALAND SHOW.

And unfortunately for another of America’s great science-fiction properties, the galaxy far, far away appears to be suffering that same fate, as its most recent entry — Star Wars: The Rise of Skywalker — is currently the worst-reviewed film in the history of the franchise.

As it currently stands, the ninth and final chapter in the Skywalker Saga boasts a 52% Rotten Tomatoes score based on the reviews of 471 critics.

To put that into perspective, the worst-reviewed film in the much-reviled prequel trilogy, The Phantom Menace, sits at 53% (59% audience score) on Rotten Tomatoes, while Attack of the Clones sits at 65%  (56% audience score). That said, The Rise of Skywalker boasts a *significantly* higher audience score, which currently sits at a very impressive 86%.