Fireball Whiskey Bagels Are Now A Thing That You Can Buy 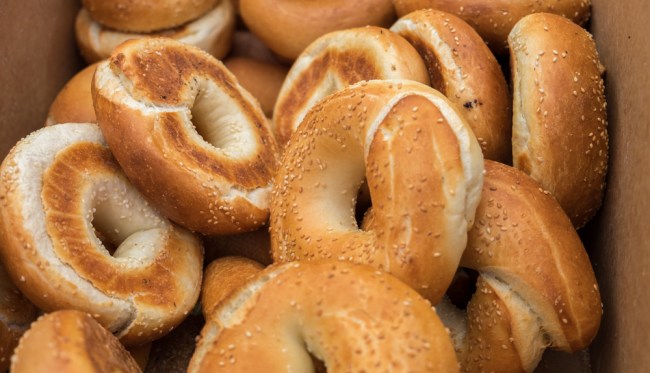 Who among us hasn’t woken up after a long night of drinking and thought “Man, I wish I had something to eat that would make me instantly regret every single decision that I’ve made over the past 12 hours?” Thankfully, someone has created a breakfast concoction that’s seemingly designed to do exactly that.

New Jersey’s Bagel Nook— which also designed the Oreo bagel that took social media by storm last year— recently unveiled their newest creation: a bagel featuring Fireball Whiskey as the main ingredient. According to Delish, the bagel is the brainchild of Alex Berkowitz, who created it for a local DJ— which may be the most New Jersey origin story possible.

The recipe is fairly straightforward:

Alex pours a little Fireball into the dough, but the bagels get *extra* fired up once they’re out of the oven. He reduces the alcohol in a skillet (flambéing if you will) to make a sticky Fireball glaze, which he then dunks the bagels in.

The bagel itself doesn’t contain any alcohol, but that doesn’t mean it doesn’t retain the trademark Fireball taste. Berkowitz recommends pairing the bagel with the store’s apple pie cream cheese, which would hopefully make it a bit more palatable for anyone who’s had one of those nights caused by the whiskey.