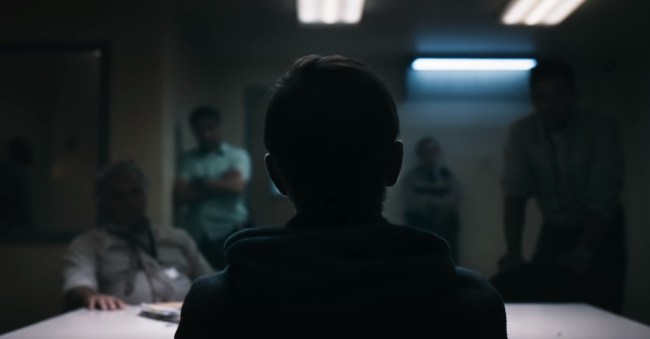 On Saturday, Netflix released an announcement date trailer for El Camino: A Breaking Bad Movie. While Aaron Paul’s Jesse Pinkman and Bryan Cranston’s Walter White are not in the teaser trailer, we do get reunited with Skinny Pete, played by Charles Baker.

The cops want to know where meth seller Jesse Pinkman is, but Skinny Pete is no snitch and doesn’t say a word. “Skinny Pete is brought in for questioning,” the Netflix description for the teaser trailer says.

“But yo, even if I did? I wouldn’t tell you, cause I’ve been watching the news, same as everybody else,” Skinny Pete tells the authorities. “I seen that little cage of his they kept him in. I heard about what all they did to him to make sure he kept cooking.”So sorry, I don’t know what to tell you, but no way I’m helping you people put Jesse Pinkman back inside a cage.”

“In the wake of his dramatic escape from captivity, Jesse must come to terms with his past in order to forge some kind of future,” a release from Netflix proclaims.

Breaking Bad left the small screen six years ago, but the blue meth is back starting on October 11 on Netflix.

Disney+: Here’s a trailer for The Mandalorian.
Netflix : Hold my meth.