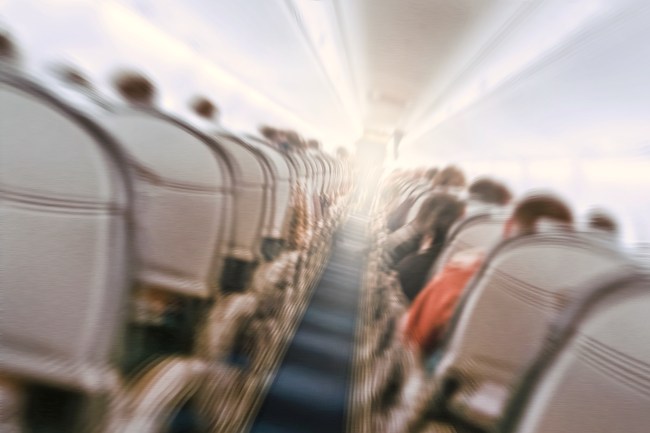 Before May 9, 2021, the term panic attack was as foreign to me as a sober summer Saturday or positive affirmation from my father.

Intellectually, I knew what it entailed—shortness of breath, racing heartbeat, sweaty palms, loose stool(?)—but I thought God only doled them out to people who say things like “yuppers!” and refuse to roll through stop signs.

Not me, a fairly well-adjusted person whose idea of unwinding is binging a four-part docuseries about someone else’s tragedy.

But as I sailed across the skies on American Airlines flight 2707 from Phoenix to Boston, my worldview shattered and I am still attempting to pick up the pieces.

Context is important: Prior to the flight, I had just spent the past 72 hours doing Bachelor Party Things in the 101 degree desert sun—drinking my weight in Woodford Reserve (which has ballooned to a pandemic-high 215), smoking more lung darts than Don Draper, and clogging my arteries with enough processed meat to ensure I don’t shit until the 4th of July. 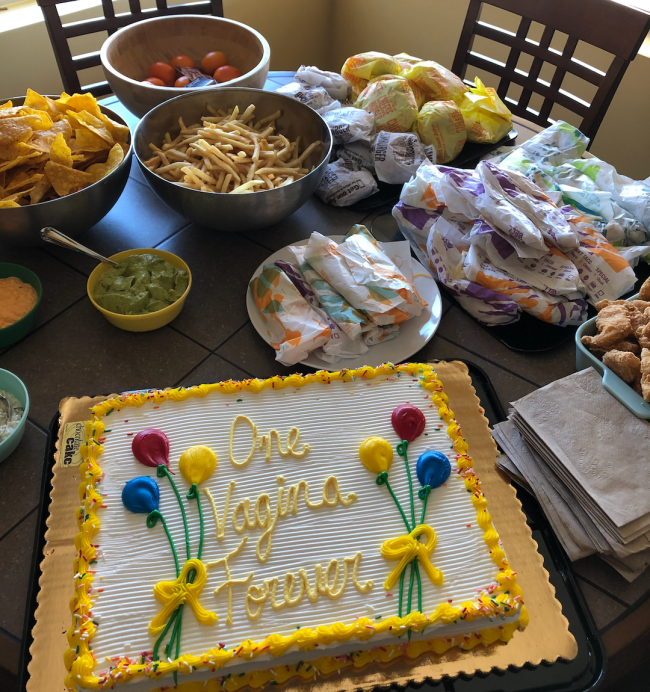 Yes, my friend, that is McDonald’s and Taco Bell.

By the time I sauntered into Phoenix Sky Harbor Airport for my 9 am flight, bleary-eyed and bewildered, I was running on three hours of sleep and had left my integrity back at the AirBnB with my Ray Bans and the hand towel I had vomited into.

“This is a completely full flight,” the chipper American Airlines employee announced over the loudspeaker, sending the remaining ounce of serotonin in my brain down my nasal passage and into the stale air of Terminal C.

Within minutes of settling into seat 34B (a middle seat, of course) between two women who look like they’ve sent many a meal back at Cracker Barrel, I was overcome with a cornucopia of panic that arrived in five terrifying stages.

After multiple breathing techniques and prayers proved useless, it became clear that I could not withstand this unrelenting mental ambush on my own.

So I tucked my tail between my sweaty thighs, turned to the seat neighbor who had fewer streaks in her hair, and sheepishly asked:

“Do you have Xanax I think I’m having a panic attack.”

Karen looked at me like, well, one would expect someone to look when asked by a stranger to deal Class D drugs mid-flight.

She shook her head—half in response, half in disgust—and now I suffered the added burden of outwardly publicizing my internal struggle to a woman who looked like she’s never seen a complaint that didn’t need filing.

I briefly considered strapping my seat cushion to my back and swan diving out the Emergency Exit, but I settled on a worse idea: Asking the stewardess for drugs.

I waltzed to the back of the plane doing my best Approachable Guy impression, and in a mumbled voice I asked:

“I’m having a panic episode, is there something you can administer me?”

I used words like episode and administer to appear worldly and intelligent in hopes she’d feel more comfortable with dealing me the opioids I deluded myself into believing were under the pretzel cart.

How dare she make me ask again.

“Panic attack. Anything to administer?” I said softer.

Her eyes grew wider and she crossed her arms in defense.

“Are you hungover?” she replied, accusatory.

“I got just the thing,” she said in a reassuring tone.

Yes. For a moment I felt like Andy Dufresne when he pops out of that poop shoot outside of Shawshank. I wondered if she’d give me an American Airlines branded Percocet or pull a bar out of her own prescription. Ultimately, it didn’t matter. She could have pulled out a needle and I would have dropped my pants and grabbed my ankles.

So, you can imagine how disheartening it was when she closed the drawer, turned around, and handed me a luke warm Canada Dry Ginger Ale.

“The bubbles are good for your stomach.”

I’m one shallow breath away from charging the cockpit and this woman prescribes me bubbles. Spirit Air would never.

I find the strength to drag myself back to my middle seat. It was clear that word of my existential crisis had leaked to the entirety of Boarding Group 7. Damn you, Karen.

I cracked my Ginger Ale and made a deal with a God who I hadn’t talked to since before last year’s Powerball.

If you show me Mercy right now, I will stop drinking immediately and return all the UNICEF money I stole on Halloween.

Before long, my heart began to slow, my neck stopped perspiring, and the death grip around my chest began to surrender.

By the time we landed at Boston’s Logan Airport at 6 PM ET, I had fully resurrected myself from the depths of hell. Against all odds, I made it. Dehydrated and bloodshot, but I made it.

As I walked up the ramp and into the terminal, I was overcome with a newfound sense of love of gratitude. Suddenly I saw beauty in witnessing families reuniting and airport employees making small talk with handicapped passengers as they wheeled them to their gates. I’ve seen the dark now I can appreciate the light.

I took one deep, restoring breath and bee-lined it for the nearest airport bar to chase the feeling with a cocktail.

God, I am flawed. I think that’s your fault.