‘First Of All,’ You’re Going To Laugh At This Because It’s The Best New Meme In Forever 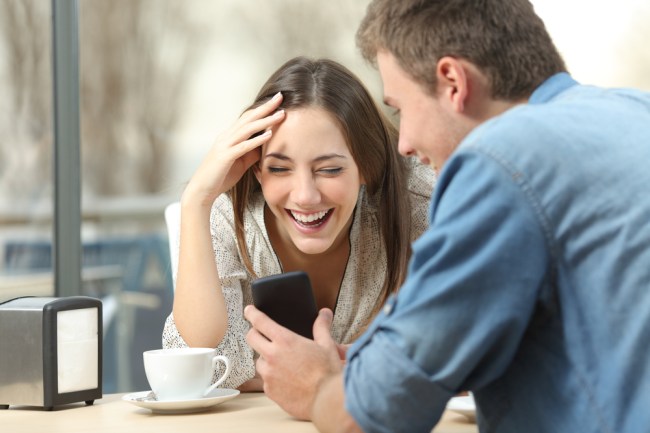 Most of you lead pretty normal lives which means you can’t spend all day on Twitter keeping up with memes. My job’s a little different. Part of my role around here at BroBible is to keep you readers abreast of the latest jokes on the Internet so that you’re never out of the loop.

Twitter moves fast. The real-time exchange of breaking news and shitposting can be impossible to keep up with. I’d been noticing these ‘first of all’ tweets for the past 24 hours or so but it wasn’t until I checked Twitter Moments that I came across a ‘Best Of’ gallery proclaiming ‘first of all’ as the best meme of the year.

There’s still plenty of time left in the year for a ‘best of 2017 meme’ to come along, and it’s already been a fantastic year for memes so I’m not sure it’s safe to proclaim this the best of 2017, but I do think this is the best new meme in quite some time. Let’s check out some of the tweets and we can see if you bros agree:

First of all… I'm out of conspiracies

“I love it when I make your eyes roll back”

First of all babe, I’m possessed

"my pussy so bomb he put a ring on it"
First of all, I need a green card.

“Eminem’s new album is going to burn down the industry.”

“When you coming to see me”

"I need a woman who can help me grow"

First of all, I'm not Fertilizer.

First of all, you just started cooking

"When am I gonna see you again"

First of all, you saw me by accident.

“saw me banging on the sofa”

first of all, it wasn’t me

Her – "my pussy put his ass right to sleep"

First of all, I worked 18 hours overtime this week

"Are you still available tomorrow?" First of all I was never coming

Professor: okay pay attention, this is where it’s going to start to get confusing

First of all, I’m already lost

“One ticket for Black Panther please.”

First of all, it comes out next year.

Unknown rappers : “You know who it is!”

First of all, no I don't

Me @ Starbucks: can I have a medium coffee

Me: first of all, I’m from the hood

"Isn't that your 3rd pizza today?"

first of all, I'm on a special kind of diet

first of all … thats why i texted you

first of all, I got it from you

Even Netflix’s corporate account got in on the joke:

“Are you still watching"

First of all, I’ll tell you when I’ve had enough

These ‘first of all’ jokes are pretty much never ending on Twitter. You can keep searching through the best ones HERE if you want to keep going. You can also tweet your jokes at me to @casspa on Twitter and if they don’t suck I’ll retweet them.