The First Trailer For ‘Bad Boys For Life’ Is Here And Sh*t Is About To Get Real Again! 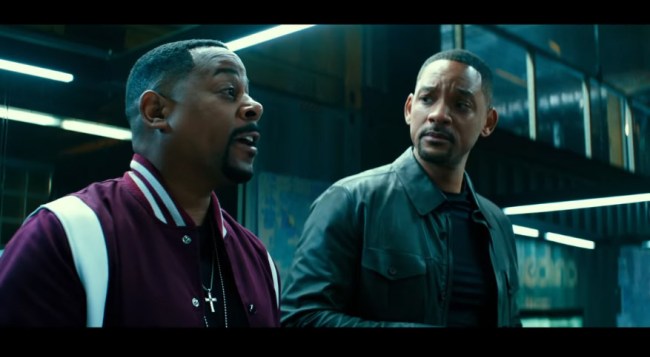 Marcus Burnett is now a police inspector and Mike Lowery is in a midlife crisis. They unite again when an Albanian mercenary, whose brother they killed, promises them an important bonus. That’s what IMDb.com says Bad Boys for Life is going to be abaout.

I say it’s going to be about sh*t getting real again for Will Smith and Martin Lawrence and I couldn’t be more glad it’s happening.

After 17 long damn years, Marcus and Mike are finally get back together in the first trailer for the third film in the Bad Boys franchise.

It would appear that they decided to drop the previously announced Bad Boys for Lif3 title, because it was stupid, so the film is already off to a promising start.

Check out the first trailer below…

Hopefully it does better than the abysmal 7% approval rating the Bad Boys spin-off L.A.’s Finest starring Gabrielle Union and Jessica Alba currently has on Rotten Tomatoes.