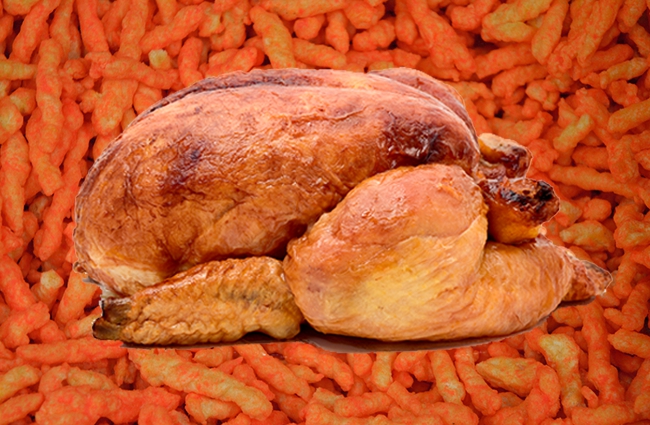 On Thursday, people across the United States will follow in the footsteps of the settlers and Native Americans who came before them by gathering together and tolerating each other as much as possible in order to take part in the country’s oldest pastime: eating as much food as possible.

Thanksgiving is a bit ironic in a way when you consider the food that brings people together also has the potential to be incredibly divisive.

Some people are willing to defend canned cranberry “sauce” to the death while others will go to bat for turnips and parsnips while conveniently forgetting there’s a reason they’re only eaten a single day out of the entire year.

For decades, there was one thing seemingly everyone could agree on: it isn’t Thanksgiving without a giant turkey sitting in the middle of the table waiting to be carved and passed around— a great uniter in poultry form.

However, in recent years, it seems like more and more people have come to the slightly uncomfortable conclusion that, well, turkey kind of sucks.

People have tried to come up with solutions— brining, spatchcocking, deep-frying etc.— to help figure out how to make turkey a bit more palatable but there’s only so much you can do to avoid making it drier than the white wine that’ll make your aunt say something she’ll regret at the dining table.

However, one soul really decided to think outside the box and well, they may have gone a bit too far while doing so.

That, my friends, is a turkey covered in Flamin’ Hot Cheetos and based on the reactions, people are not here for this.

STOP PUTTING HOT CHEETOS ON OTHER FOODS! JUST EAT THEM OUT OF THE BAG THE WAY GOD INTENDED!

If I show up to your house on Thanksgiving and you’re serving Hot Cheetos turkey, we fightin. https://t.co/BTekgpPDD0

You bring a Hot Cheetos turkey to Thanksgiving you better bring 12 gallons of water, some oatmeal creme pies, Arizona’s and a stack of Now and Laters too

I think it’s time for everyone to put their differences aside and work together to put that thing back through the portal it emerged from before it’s too late.