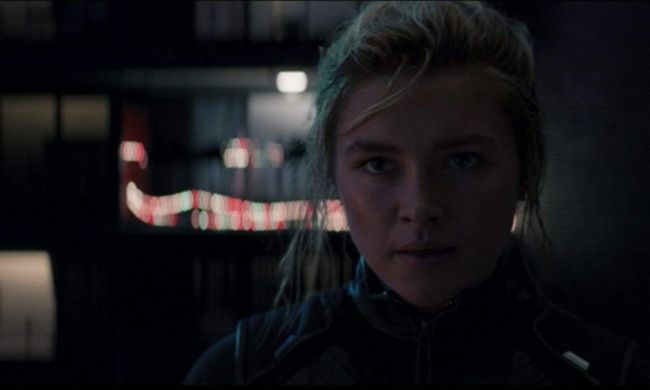 Editor’s Note: This article will contain spoilers for Season 1, Episode 4 of Disney+’s Hawkeye, “Partners, Am I Right?”

Posting spoilers for a massive TV show or movie is certainly something that should be frowned upon, especially when it’s done before most people have had a chance to see the content in question. That said, when it comes to shows/movies that debut on streaming, the conversation becomes a little different: when is, exactly, the right time to post about such things?

What nullifies the conversation entirely, though, is when said perceived “spoilers” come from one of the creatives involved in the project. If anyone knows what’s best for the project, it’s them. Plus, artists should be allowed to show pride in their work if they so choose. Instagram, however, doesn’t appear to think so.

Oscar nominee Florence Pugh, who made her MCU debut as Yelena Belova in Black Widow over the summer, took to Instagram on Wednesday to share her excitement about being a part of Disney+’s Hawkeye, which introduced her character in its fourth episode. Instagram, apparently responding to a complaint they received about the photos she shared.

“I never thought me posting love about a show in which I appear on would get taken down, but here we are. Someone on here complained so I’ve been blocked from posting my own appearance on a show that I’m very much in. Beyond ridiculous. Being in Hawkeye is a privilege and thank you to all who welcome me on set and off, and all who are watching,” the Academy Award-nominated actress shared on her Instagram Story.

Given where the fourth episode of Hawkeye left off, it’s fair to assume that Pugh’s Black Widow will have a significant role in the final two episodes.

The first four episodes of Hawkeye are currently streaming on Disney+. The fifth and penultimate episode will hit the streamer on Wednesday, December 15.