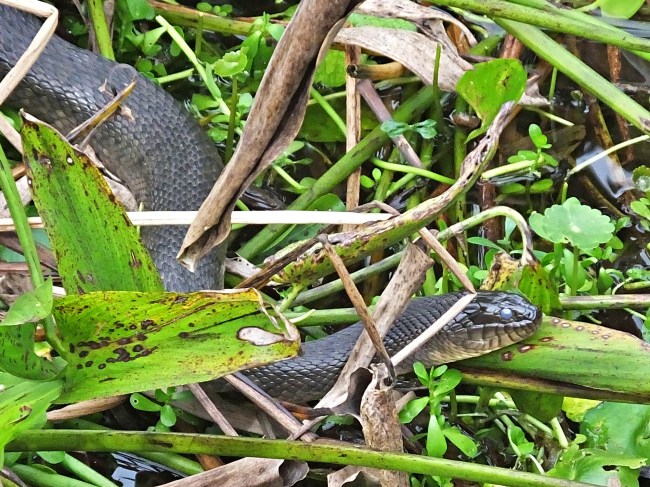 According to reports, a portion of Lake Hollingsworth in Lakeland, Florida was shut down after there reported snake sightings. This tipped off the authorities that it was nearly time for the annual snake gang bang by the lake.

"It appears they have congregated for mating," the department said in a Facebook post. "They are non-venomous and generally not aggressive as long as people do not disturb them."
Once mating season is over, the department said the snakes should go their separate ways.

"They are an important part of the ecosystem and should not be disturbed," the department said, adding that these love gatherings are an annual occurrence. (via CNN)

Now if you’ll excuse me I’ll be spending the rest of the day wondering why I ever left NYC and moved back to Florida….