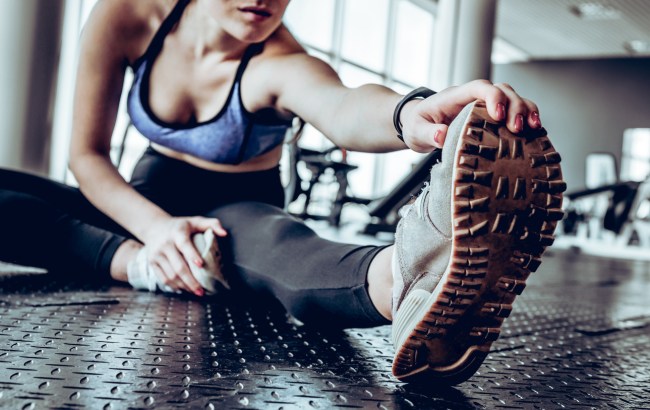 The Instagram game is really competitive. It’s challenging to stand out amongst the millions of Instagram influencers and basic thirst traps. According to one Instagram fitness user, one way to get ahead is to intimidate your rivals and stage your kidnapping.

We take you to Pasco County in Florida of course, where 37-year-old Tammy Marie Steffen was sentenced to four years and nine months in federal prison in a plea deal this week. On December 21, 2018, Steffen pleaded guilty to charges of cyberstalking and sending threatening communications online.

She didn’t just harass her rivals, Steffen threatened physical harm. “I plan to slice you up into little pieces,” one of the messages read. “Your blood shall I taste.”

“All hell is gonna rain fire down on your world like never seen before,” she wrote to one Instagram user according to a press release by the United States Department of Justice.

Steffen reportedly sent a photo of a female holding two knives, and it was captioned: “I’m coming.”

Steffen’s reign of terror even involved her calling rivals at their homes over the phone and threatening them. She used voice-disguising software to hide her identity.

Steffen, a mother-of-four, called authorities to report that a headless baby doll was left on her porch. Inside the doll, there was a note that read: “New toy for the kids.”

When all of her threats didn’t do enough to boost her Instagram notoriety, Steffen staged a kidnapping. According to federal agents, Steffen called 911 to report that someone tried to kidnap her daughter, one day after the strange doll situation.

Steffen told Pasco County police that a man attempted to kidnap her daughter. She said the man tried to take the girl into a wooded area. She made sure to tell authorities that her ex-business partner was potentially the kidnapper.

When police questioned Steffen’s daughter, she asked the cops: “What would happen to [her mother] if she told the truth?”

Police arrested Steffen weeks later on charges of filing a false police report, tampering with evidence and child neglect. During the investigation, police also discovered all of the online threats she made to six other Instagram fitness experts between August 2016 through July 2018. The FBI said Steffen “traumatized victims and wreaked havoc on their lives.”

Steffen harassed her rivals with emails, phone calls, text messages, and social media messages. Maybe don’t do it for the Gram?

Other articles about Instagram influencers going over the edge for Likes and Shares.

Vegan Influencer Exposed As Fraud And Slammed After She Was Caught On Video Eating Fish (GASP!)