Florida Man Just Trying To Catch Some Pokémon Stumbles Into A Closed Park, Gets Arrested For The Drugs In His Car 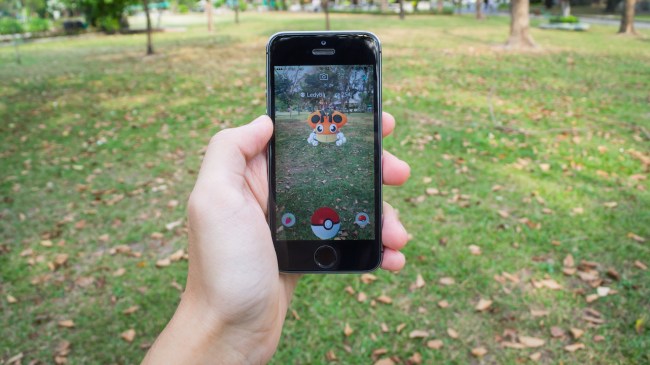 Truth be told, on the Richter scale of Florida men, this Pokémon trainer wannabe is only like a 2.2 magnitude Florida Man.

In your average Florida Man situation, he would have likely been naked, smoking crack, while trying to catch “Pokémon” that were actually just squirrels.

Our friend Jonathan Ortiz, though, was merely at the wrong place at the wrong time … and also just so happened to have a bunch of drugs in his car. Run-of-the-mill bad luck, really.

According to the Hillsborough County Sheriff’s Office, Ortiz — 29-years-old — was arrested around 2 a.m. on Saturday after he was found by an officer in the Becaon Meadows Park trying to “catch Pokémon” on the hit mobile game PokémonGo.

The Facebook post from the Hillsborough County Sheriff’s Office says that as the officer, Deputy Eneida Rossi, approached Ortiz’s vehicle, she saw marijuana in plain sight, prompting a search of the car.

Following the search of Ortiz’s vehicle, police found a pound of marijuana, 5.5 pounds of THC oil, and 3.5 grams of cocaine (otherwise known as an 8 ball on the skreets).

And because it wouldn’t be a small town police Facebook post without an attempt at poor humor, the Hillsborough County Sheriff’s Office made sure to squeeze in a patently horrendous Pokémon quip.

“Looks like Deputy Rossi was the one that had more combat points and won the battle. Nice catch Deputy Rossi!”

Wow, yup, you guys fucking nailed it, let me tell you. That’s the kind of comedy your taxes dollars are hard at work for, people. Soak it in.

Oh, and to all the PokémonGoers out there, maybe get high before you go off hunting and leave the drugs at home. Just a suggestion.