Florida Man Caught On Camera Bringing A Sword To A Wheelbarrow Fight, Gets Charged With Attempted Murder 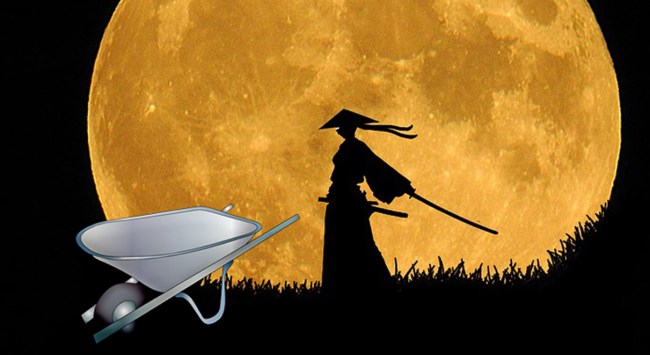 A Florida man was charged with attempted murder after wielding a Samurai sword in a dispute over the possession of a wheelbarrow. As one does.

Of course, it was caught on video.

Curtis Miller, 54, was arrested after he and a jogger, Todd Beavers, got into an argument over who had rights to a wheelbarrow that Beavers claimed he found in a trash pile.

“When he pulled out the sword, I thought, ‘What am I doing?’ I thought, ‘Is he really going to do this?’” Beavers told WSVN.

“I couldn’t believe that he was really gonna try to kill me for a cart,” added Beavers.

According to Broward County Sheriff’s Office spokesperson Keyla Concepcion, “[Miller] apparently felt that he was there first, so he should have first dibs at anything that was in the pile. Evidently, the jogger felt differently.”

“[Beavers] started to jog home with it. What he didn’t realize was that the man followed him home,” she added.

That’s when Miller brandished a Samurai sword and sh*t got weird(er).

“I turned behind me, and he had a sword out, chasing me, so I just kept running,” said Beavers.

Video shows the Miller swinging the sword and landing a lethal blow on the wheelbarrow before leaving and vowing to return.

“I should have just let him have the cart,” said Beavers.

BONUS FLORIDA TWIST: The wheelbarrow wasn’t even available. A woman later reclaimed the wheelbarrow, telling authorities that it was stolen from her property where she was having a garage sale.