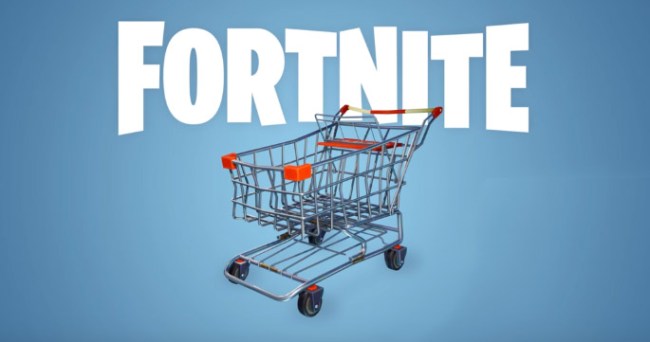 Here’s a shocker. The first ridable “vehicle” in the ultra-popular game Fortnite, a shopping cart, has already been turned into one of the best and funniest memes of 2018. Who would have ever thought the internet would do such a thing? Oh, right. Everyone.

I mean, playing as and trying to defeat Thanos from Avengers: Infinity War is one thing, but a ridable shopping cart? Now we’re talking!

The shopping cart in Fortnite 😂😂 pic.twitter.com/1rhUz6O4VM

Of course the world’s biggest battle royale video game would only be made better by something so ridiculous, right? Right.

This is pointless you can run faster than that

No, it’s not pointless. Look…

As you may have noticed if you haven’t tried it out yourself yet in Fortnite, it takes two people to really make the shopping cart more, ummm, useful?

Though this teaming up aspect of the game does come with a few hazards.

I just killed two people with one sniper bullet while in a shopping cart??? wtf is going on yo fortnite stays LIT pic.twitter.com/WX8Y1ufTIU

There is also just a very teeny tiny chance that if you ride a shopping cart in Fortnite you could accidentally kill literally every single player in the game as this person did.

85 kills… with the shopping cart.

That’s assuming you can actually even the darn thing to go straight.

Shopping Cart Protip: Try not to ever eliminate yourself.

With the power of a shopping cart and a bush, I have mastered invisibility. #Fortnite pic.twitter.com/6Yjb1uPjNR