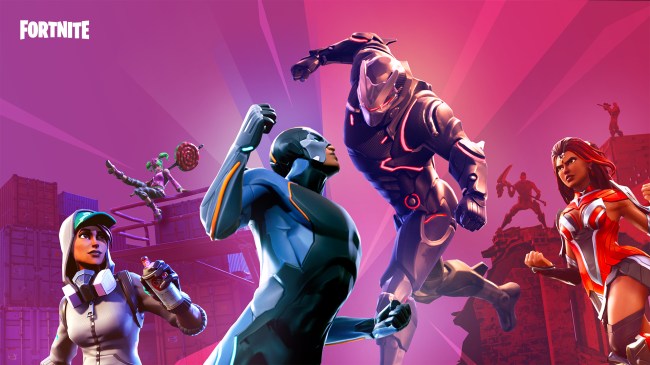 Do you fancy yourself the next Steven Spielberg or Christopher Nolan? Put your directorial skills to the test in Fortnite‘s new Blockbuster contest. Epic Games wants you to make superhero movies in Fortnite and they will reward you with great prizes if your submission is worthy and not as bad as 1997’s Batman & Robin movie.

On Monday, Epic Games announced their Blockbuster contest where Battle Royale gamers will use the Replay system to create their own comic book flick. From now until July 11 @11:59pm ET, players can create a highlight reel between one and five minutes that “highlights the heroes of Season 4 and their adventures.”

The superhero flicks will be judged on three different criteria: creativity, Fortnite-ness, and mastery. Judges will be looking for original superhero stories that are innovative and “capture the tone of Fortnite.” Footage must include personal gameplay and royalty free audio. The movie “cannot feature any voice-over narrative or on-screen text.”

If you meet all of these requirements and you win the Blockbuster contest you will win 25,000 V-Bucks. Plus, your film will be screened in-game at Risky Reels with a poster of the movie and title displayed at the movie theater. Epic Games is also rewarding five runner-up filmmakers with 10,000 V-Bucks.

Just upload your film to YouTube, include #FortniteBlockbuster in the title, and email contestsubmissions@epicgames.com with the subject line #FortniteBlockbuster and have your full name and Epic ID in the email. The winners will be announced on July 24. You can see all of the rules HERE. Good luck on being the next Russo brothers and not putting out a flop like 2015’s Fantastic Four film!