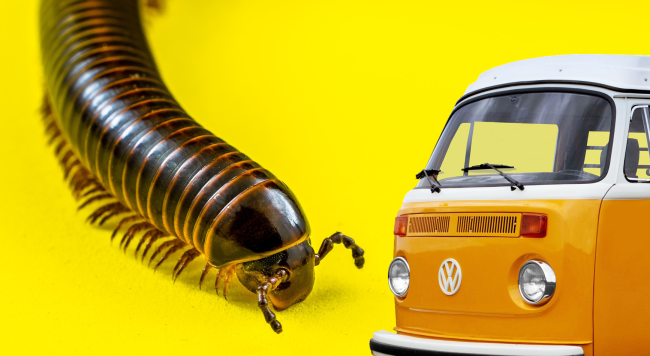 Scientists in England made an unexpected discovery when a section of sandstone fell from a cliff side in Northumberland and exposed a gigantic millipede fossil.

The millipede fossil, called Arthropleura, discovered on the beach at Howick Bay, shows what paleontologists are calling “biggest bug that ever lived.”

“It was a complete fluke of a discovery,” said lead author, Neil Davies from the University of Cambridge Department of Earth Sciences in a statement. “The way the boulder had fallen, it had cracked open and perfectly exposed the fossil, which one of our former PhD students happened to spot when walking by.

“It was an incredibly exciting find, but the fossil is so large it took four of us to carry it up the cliff face.”

According to a report published in the Journal of the Geological Society, the fossil “dates from the Carboniferous Period, about 326 million years ago, over 100 million years before the Age of Dinosaurs.”

It is the largest known invertebrate animal of all time, surpassing ancient sea scorpions, the previous record holders. 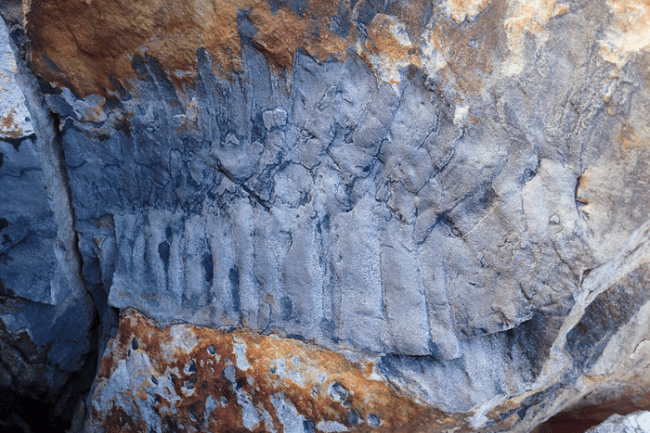 The fossil segment is about 2.4 feet long, which means the original millipede is estimated to have been around 8.85 feet long and weighed around 110 pounds.

“The specimen, found on a Northumberland beach about 40 miles north of Newcastle, is made up of multiple articulated exoskeleton segments, broadly similar in form to modern millipedes. It is just the third such fossil ever found. It is also the oldest and largest,” the report stated.

“Finding these giant millipede fossils is rare, because once they died, their bodies tend to dis-articulate, so it’s likely that the fossil is a molted carapace that the animal shed as it grew,” said Davies. “We have not yet found a fossilized head, so it’s difficult to know everything about them.”

The great size of Arthropleura has previously been attributed to a peak in atmospheric oxygen during the late Carboniferous and Permian periods, but because the new fossil comes from rocks deposited before this peak, it shows that oxygen cannot be the only explanation.

The researchers believe that to get to such a large size, Arthropleura must have had a high-nutrient diet.

“While we can’t know for sure what they ate, there were plenty of nutritious nuts and seeds available in the leaf litter at the time, and they may even have been predators that fed off other invertebrates and even small vertebrates such as amphibians,” said Daves.

The giant millipede fossil be on public display at Cambridge’s Sedgwick Museum in 2022.