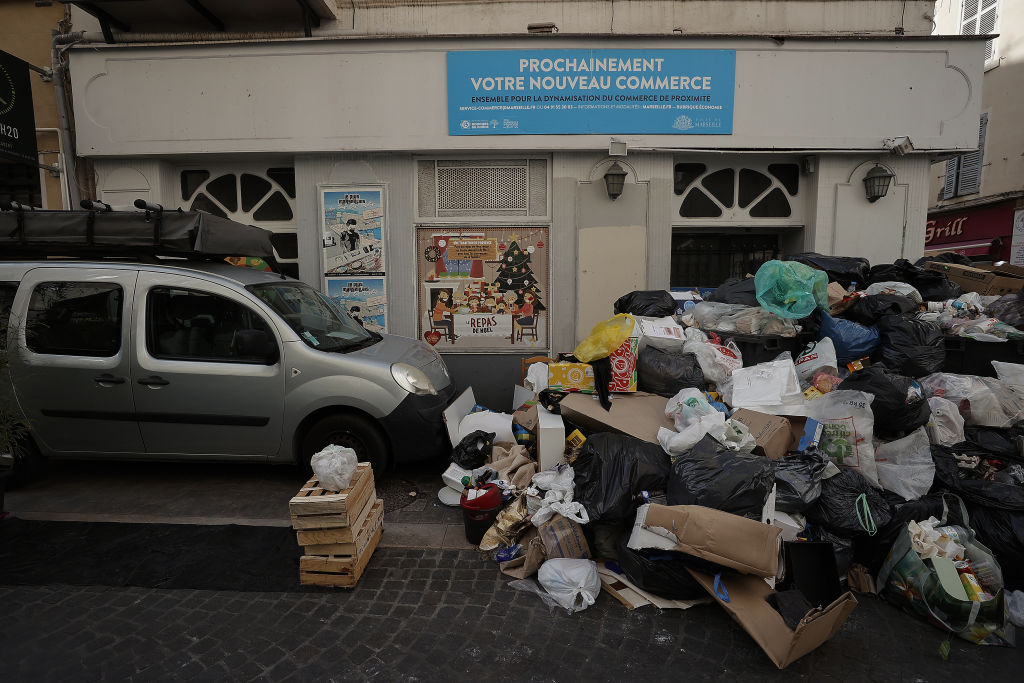 I didn’t have an answer back in high school when my guidance counselor(s) asked me what I wanted to do or be when I grew up. I still didn’t have an answer to that during or after college and I’ve just been going along for the ride. As it turns out, my true calling has been Garbage Man in France and I’ve made it through half of my life without realizing all I ever wanted to be is a French sanitation worker.

Truth be told, I’d be a pretty awful garbage man. I have a very sensitive sense of smell which plays in my favor when tasting whiskey, wine, and fine dining. But on a hot day in NYC, I’ll catch a whiff of the trash when the wind picks up and gag on the street. So I’d need to get some nose plugs to chase my dream of being a garbage man in France.

Why exactly is ‘Garbage Man in France’ my dream job? Well, they don’t work. Currently, they’re not working at all. The garbage men of France are on a month-long strike with tons and tons of trash mounting up on the streets. They normally work but not right now.

Why are they striking? Because they want to preserve their glorious way of life. French garbage men only work 21 hours a week. There are periods when I’ll work that in two days. 21-hours of work is their normal week. And the powers that be want them to work more and want to change the 21-hour workweek to 35-hours. They aren’t having it so they went on strike to ensure they can continue working half the normal workweek in America.

Did I mention they also get WEEKS OF PAID VACATION??? All of Europe is accustomed to a lot more vacation time than we’re used to in the United States but 9 weeks???? And a 21-hour work week? It legitimately sounds like the greatest job on the planet. Oh, and they (bin men) just got a raise according to the Daily Mail.

In the city of Marseilles, garbage workers routinely work less than the 21-hour workweek. Legislation was introduced to expand that workweek to 35 hours beginning on January 1st. Since the strike began, more than “3,000 tonnes of uncollected rubbish in Marseilles” have accumulated on the streets.

Now the garbage men are facing fines and even a maximum sentence of 6-months in prison if they don’t get back to work and start picking up the trash.

An agreement was reportedly signed a week ago to get the garbage men back to work and end the strike, it will come with a slight weekly raise for the workers, the same amount of vacation time, and under the agreement they’ll work 31 hours a week!

But that wasn’t enough for one union, the General Confederation of Labour (Confédération Générale du Travail), who rejected the new deal and told its members to stay on strike. So the trash keeps piling up on the streets.

Having lived through more than one garbage strike in NYC myself, I don’t envy the French citizens for living with mountains of trash on the street right now. But they should also respect the sanctity of the French Garbage Man’s 21-hour workweek and stop trying to change the most perfect profession on the planet.

For more on this story, you can follow the link above to visit the Daily Mail.