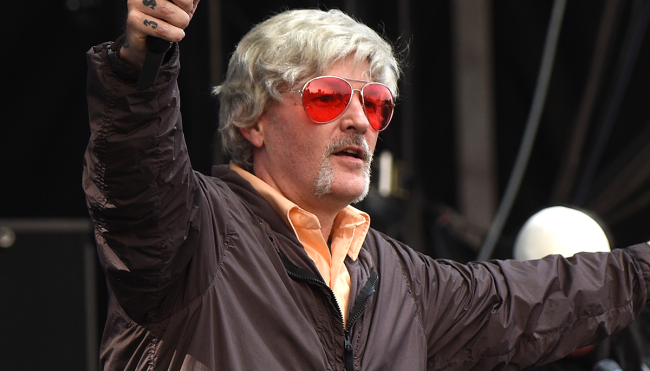 Fred Durst found himself thrust back into the spotlight at the end of last month when he was painted in a less than flattering light in the HBO documentary chronicling the debacle that was Woodstock ’99 before deploying a phenomenal strategy to draw even more attention to himself by introducing a new look best described as “the lovechild of Hulk Hogan and Julian Assange.”

Shortly after, the only Limp Bizkit member most people can name reintroduced himself to the world at Lollapalooza, an appearance managed to spawn even more memes than the initial Instagram photo.

Durst’s reinvention also inspired one toymaker to whip up a one-of-a-kind bootleg action figure that recently sold on eBay for a cool $680. 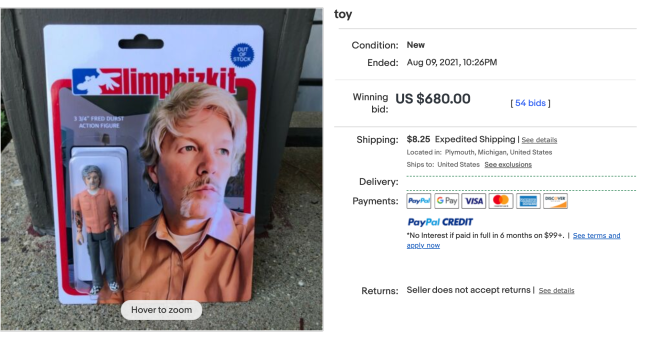 It’s unclear who the winning bidder was, but it appears we can rule out the man who lent his likeness to it, as Durst poked a little bit of fun at himself when he revealed his max bid of $415 wasn’t enough to land the action figure. 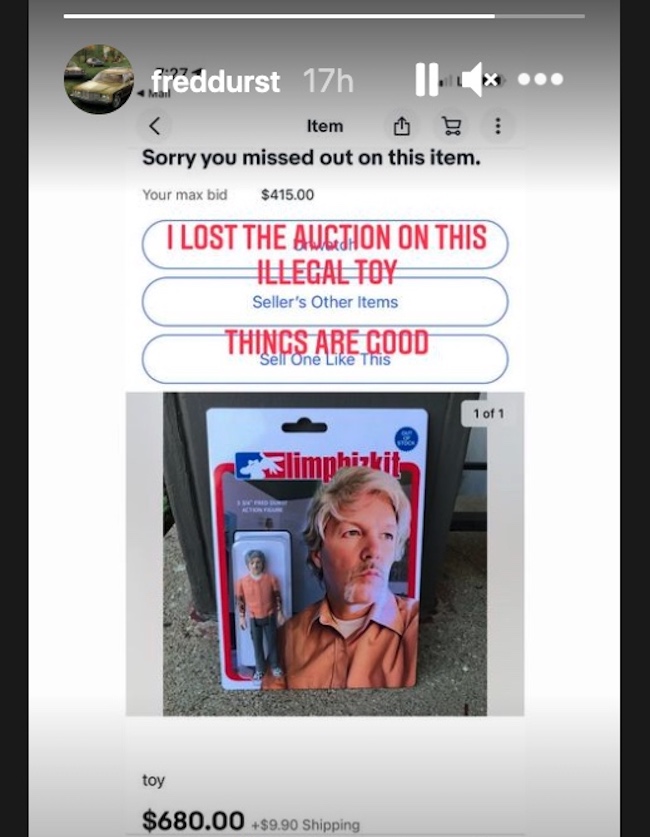 Say what you will about the internet, but at least it occasionally gives us gold like this.