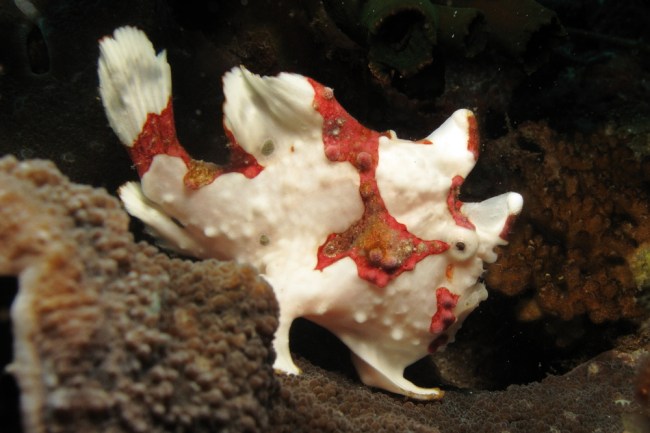 Today we’re going to learn about the Frog Fish. There are actually more than 50 species of Frog Fish around the ocean. They’re short, stocky, ambush predators who don’t take any shit. They also look like surly old dudes deserving of their own Grumpy Old Men films.

While we don’t have a Grumpier Old Men sequel to devote to Frog Fish we do have ZeFrank’s latest video in which he narrates the life of the Frog Fish and discusses what makes these fish so absurd:

Imagine a human being able to open their mouths up to 12x the size of our resting size. That would be used for nothing good, ever. I can’t help but think about Tarrare, the man who had the single largest appetite in human history. Imagine the terrible power a man like that would’ve had with the mouth of a frog fish.

Side note: it’s nice to see that ZeFrank1 is back pumping out videos like this, videos like he used to. I’ve been a big fan of these ‘True Facts’ videos for years but I don’t recall any of them being awesome during his time working with BuzzFeed. I’m sure there were some great videos, I just don’t recall seeing them. It’s nice to see that the Internet’s getting good again.