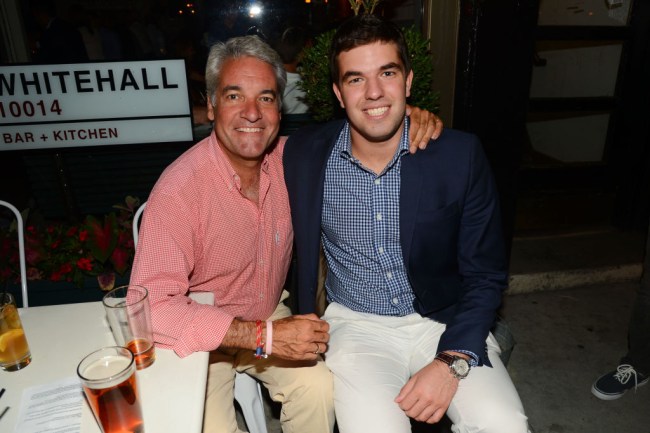 The Daily Beast is reporting that Fyre Festival founder Billy McFarland will be transferred from his cushy prison to a much more stringent correctional facility after the fraudster was caught with prohibitive devices in his jail cell.

Billy McFarland pleaded guilty to two counts of wire fraud after he defrauded investors of $27.4 million for his doomed Fyre Festival as well as selling fake tickets to other events including the Met Gala, Burning Man, and Coachella. McFarland was sentenced to six years in federal prison.

McFarland was sent to the Federal Correctional Institution at Otisville, which Forbes named as one of the top 10 cushiest prisons in the United States. The country club-like prison is known for housing white-collar criminals, including Jersey Shore‘s Mike “The Situation” Sorrentino and President Donald Trump’s former lawyer Michael Cohen.

McFarland violated the prison rules, he will be transferred from the minimum-security FCI Otisville to a much more strict prison. According to The Daily Beast, McFarland was caught with a prohibited recording device and has punched his ticket to a more rigid prison.

Federal inmates are prohibited from having electronic devices in prison. According to the Bureau of Prisons website, “possession of a cellular telephone or other electronic communications device is a Greatest severity level prohibited act.” So having an electronic device is the same level as murder, assault, or attempting to escape.

The 27-year-old con-man has reportedly already been sent to the prison’s special housing unit (SHU), which is a small cell with a sink, a toilet, and little to no sunlight. McFarland will be punished by being incarcerated in this small cell for 23 hours a day and only getting out for one hour for recreation time.

The Daily Beast also reported that the Fyre Festival founder worked in the prison’s “shithouse.” McFarland worked an overnight job at Otisville’s sewage treatment plant according to a former prisoner.

McFarland may have been using the recording device to help write his upcoming memoir titled Promythtyus: The God of Fyre. McFarland told the Daily Beast that the memoir will show “how as an eight-year-old, my discovered passion for technology, intuition for viral marketing, and constant drive to set my own path by outgunning authority and the status quo, combined with an incessant passion and demand to live life to the fullest, started me down a path that would take me through the absolute extremes of society.”

McFarland alleges that his book will be “controversial” and “he’s going to name names.” Some of the celebrities allegedly in the book are Jay-Z, Dave Chappelle, Donald Trump Jr., Tiffany Trump, and Kris Jenner. How much of this is true, nobody knows. But remember, this is Billy McFarland, the person who created the Fyre Festival and the defunct millennial black credit card company Magnises.