The Ultimate Piece Of Fyre Festival History Can Be Yours For The Low, Low Price Of $12 Million 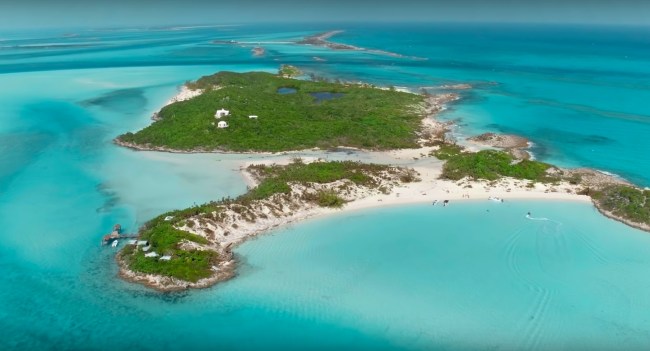 If you ask your typical Baby Boomer about the assassination of John F. Kennedy, there’s a pretty good chance they can tell you exactly where they were and what they were doing when they heard the news, as it was the kind of historical occasion that is seared into the mind of anyone who was there to experience it.

As a millennial, I’ve also been witness to a few major news events that stick out in my mind—some a bit heavier than others—but I’m being entirely serious when I say there aren’t many moments I recall more vividly than watching the Fyre Festival debacle unfold in real time.

It might sound absurd, but I’m being 100% sincere when I say I can remember scrolling through my phone while day-drinking and casually watching Tremors when this now infamous tweet appeared in my feed.

I spent the rest of the day refreshing Twitter and scouring Instagram as more and more reports started to trickle out of the Bahamas about hundreds of influencers getting their Lord of the Flies on as the gathering spiraled into chaos.

I didn’t know much about Fyre Festival when things initially went down and didn’t truly get a grasp on just how much of a clusterfuck it was until I watched the competing documentaries that were released earlier this year.

Thanks in no small part to Andy King, my obsession with Fyre Festival only began to grow and I resisted the urge to purchase a piece of history when I learned the people responsible for recouping the tens of millions of dollars Billy McFarland managed to scam people out of were auctioning off merchandise to compensate his victims.

However, branded shirts and wristbands have nothing on something that just hit the market.

According to Forbes, you can now own Saddleback Cay, the private island that was featured in the infamous promotional video that lured unsuspecting attendees to their doom—assuming you have $11.8 million to spare.

Despite what the video claims, Saddleback Cay wasn’t owned by Pablo Escobar but it was temporarily home to the cadre of attractive people—including Bella Hadid—who frolicked in the sand and played with pigs to lure people to their eventual doom.

The 35-acre island is home to a single residence and seven different beaches, and if your interest is piqued, you should know there’s at least already one interested buyer in the mix.