A Gambler In Scotland Won Almost $8.5 Million On A $5 Slot Machine Bet He Made From His Kitchen 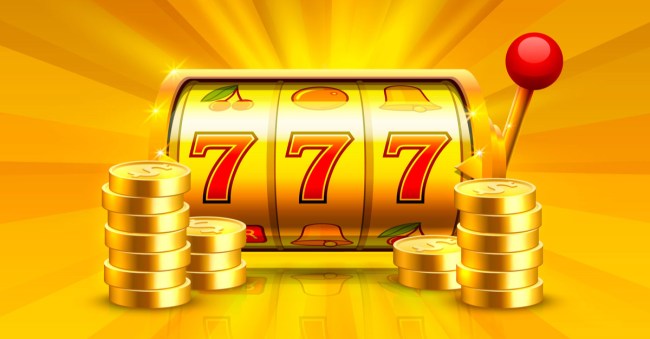 You know what? I have officially determined that life is unfair. And I am not just talking about the blah, blah, blah unfair crap. I’m talking life is such a crap-shoot, from who your parents are to where you live to just plain luck, you can bust your butt, be a good person and still get the shaft.

Why have I decided to take this extremely bitter stance today? Because some dude in Scotland bet $5 on an online slot machine and won over $8 million freaking dollars, that’s why.

I mean, what did he do to deserve that kind of luck that I haven’t done? Sigh…

I guess I and everyone else will just have to live vicariously through this dude and hope that someday we can too be so lucky.

Here’s his story, as reported by the Scottish Daily Record. Try not to choke…

The punter – named only as “Neil” – walked away with the huge win just an hour after making his first deposit with an online casino.

OF COURSE it was his first deposit with an online casino. WHY WOULDN’T IT BE?

After putting £30 into his newly-opened account, he used £4 of it on a spin on the Hall of Gods game.

Neil, who was playing the game on a laptop in his kitchen at home in Aberdeen, was left speechless as he hit the multi-million windfall – the biggest win at Casumo to date.

Neil revealed the first thing he plans to do with the money is buy himself a season ticket or a box to watch his favourite football team at home.

He also wants to buy his parents a holiday home in Tenerife, take his children to Disney World and visit his sister in Australia.

The supporter of Macmillan Cancer Research will also be donating some of his winnings to charity.

Neil’s win demolished the previous Casumo online casino record by almost double and was the the fifth multi-million-dollar jackpot to be won on the site in 2017.

I guess since he seems to be planning on spending the money on some pretty wonderful things, despite REALLY wanting to, I can’t really hate the guy.

Especially since because if I had won that much money I would currently not be online, but instead would be doing this…