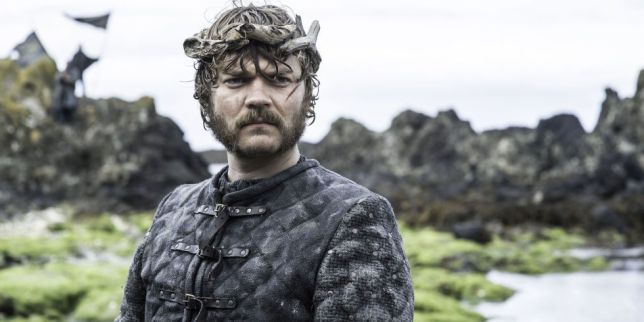 This fan theory goes back to Episode 5 of Season 7 titled Eastwatch where the maesters in the Citadel discuss a “prophecy of doom.” That’s when Bran Stark and the Three-Eyed Raven warn of the impending invasion of White Walkers. The maesters dismiss the possibility of a “crippled boy claims to have seen dead men on the march beyond The Wall, thanks to the magical help of a raven with three eyes.”

Samwell Tarly explains that he knows Bran and has seen White Walkers and the message should be believed. The maesters believe that the message is a fraud so that Westeros forces move their militaries to the north and Daenerys Targaryen swoops in to snatch the Iron Throne.

The maesters remember other false prophecies such as one prediction by Lodos, a clergyman of the Drowned God in the Iron Islands. “Don’t forget the prophet Lodos, who promised that the Drowned God would rise up and destroy Aegon the Conqueror,” one of the maesters said at the 2:30-mark of the video.

In George R.R. Martin’s A Song of Ice and Fire novels, Euron Greyjoy (Pilou Asbaek) considers himself the embodiment of the Drowned God. Before he killed his own brother Balon Greyjoy, Euron declared, “I don’t mock the Drowned God – I am the Drowned God. From Oldtown to Qarth, when men see my sails, they pray.”

Aegon the Conqueror was King Aegon I Targaryen, the first king of the Targaryen dynasty that conquered Westeros and the Iron Throne. However, what if the prophecy was slightly off and Lodos actually meant a different Aegon. Oh I don’t know, maybe Aegon Targaryen, the son of Lyanna Stark and Rhaegar Targaryen, better known as Jon Snow (Kit Harington).

What if Euron Greyjoy is the Drowned God and Jon Snow is the Aegon in the prophecy by Lodos? Could Euron Greyjoy rise up and destroy Jon Snow? Remember, Euron is on his way back to Westeros after he picked up the Golden Company, which is a mighty military comprised of 10,000 highly-skilled mercenaries and war elephants. That would be quite the unsuspecting twist if it was Euron Greyjoy was the one to finally take down Jon Snow.