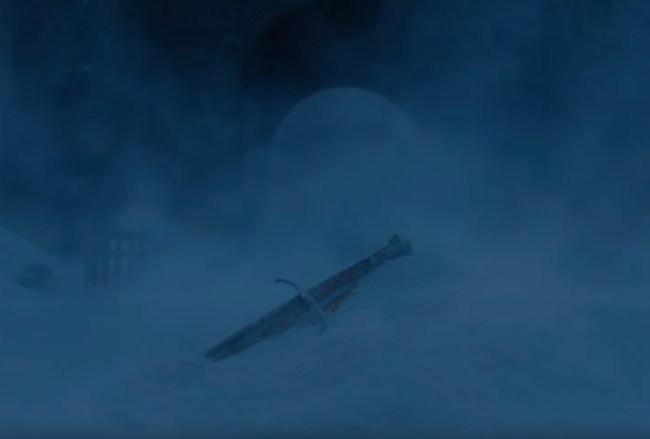 We received a brand new Game of Thrones Season 8 promo trailer on Monday and 24 hours we get another look at Season 8 with another new trailer, but this one looks very grim for Winterfell, Jon Snow, Jaime Lannister.

The newest trailer for Season 8 titled “Aftermath” appears to show what is left of Winterfell following a battle between the dead and the undead. Based on the ominous and eerie teaser trailer it appears that the Night King and his Army of the Dead have won the Battle of Winterfell (Which is rumored to happen in Episode 3). The Army of Dead seems to have ransacked the ancestral home of House Stark.

Wait. Is that Jaime Lannister’s fake hand just lying there in the yard of Winterfell? 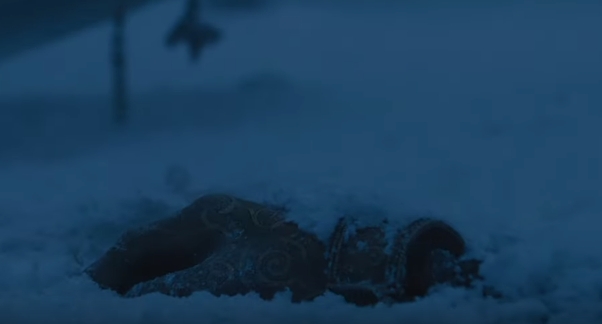 Yes, yes it is Jaime Lannister’s fake hand just lying there in the yard of Winterfell.

Would watch a GoT spinoff called: "Detail." The first subject would be an entire episode on Jaime Lannister's goddamn beautiful fake hand. pic.twitter.com/FQWVJJVG0r

Wait. Is that Jon Snow’s Longclaw sword just lying there in the yard of Winterfell? 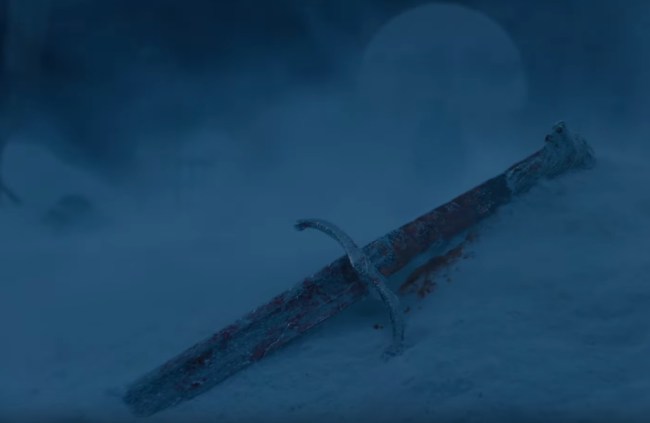 Yes, yes it is Jon Snow’s Longclaw sword just lying there in the yard of Winterfell. Lord Jeor Mormont gave the Longclaw sword to Jon Snow (Kit Harington) in Season 1 as a reward for saving his life from a wight. Longclaw is constructed from Valyrian steel, which is one of the few known substances that can kill White Walkers. So with Jon losing a Valyrian steel sword and it in the hands of the Army of the Dead, that points to a very big defeat for Team Not Dead.

Does that mean that Jon Snow is dead?

HBO also released another promo trailer for the final season of Game of Thrones on Monday titled “Together.”

Game of Thrones returns to HBO on April 14th.