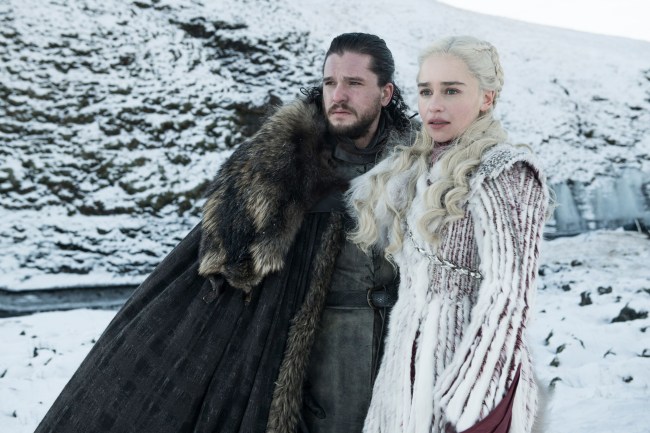 Earlier this week, HBO released 14 photos from the final season of Game of Thrones. At first glance, most of the pics seem innocuous and boring portrait photos. However, the internet sleuths have examined every pixel and come to some conclusions that could be deemed as spoilers and may spell big news for Season 8.

Game of Thrones fans were quick to notice that in one of the new photos Jaime Lannister was sporting a new beard and wearing Northern armor. While this may seem harmless, it could spell a grim fate for the Kingslayer. The armor isn’t a random Northern armor, it is the same battle gear with large shoulder guards and chest plating that was worn by Robb Stark.

So it probably isn’t some armor he found in an effort to blend in while traveling to the North. This high-quality armor probably was given to him by a high-ranking authority in the North. It looks as though Jaime traveled all the way to Winterfell and was welcomed by Jon Snow and Daenerys Targaryen. This certainly hints that maybe Jaime switched from Team Lannister to Team Stark/Targaryen and is aligning himself with his brother Tyrion Lannister. It will certainly be an awkward reunion between Jaime and Bran.

This provides some hope to actor Nikolaj Coster-Waldau, who plays Jaime, and previously wondered if his character would be killed in the first episode of Season 8. “If he wants to even get to battle before he’s killed by Stark soldiers, he’s going to need a bit of luck,” Coster-Waldau said in December of 2017. “You’d hope he can get there. But who knows, I might read Episode One of Season Eight and it says Jaime meets a Stark soldier and he’s killed. It would be so disappointing!”

With Jaime wearing a Robb Stark-esque outfit, could it spell out a similar fate as Robb Stark, who died at the hands of assassins in the Red Wedding at the same time that his lover was pregnant? Jaime’s lover is also pregnant, his sister Cersei. 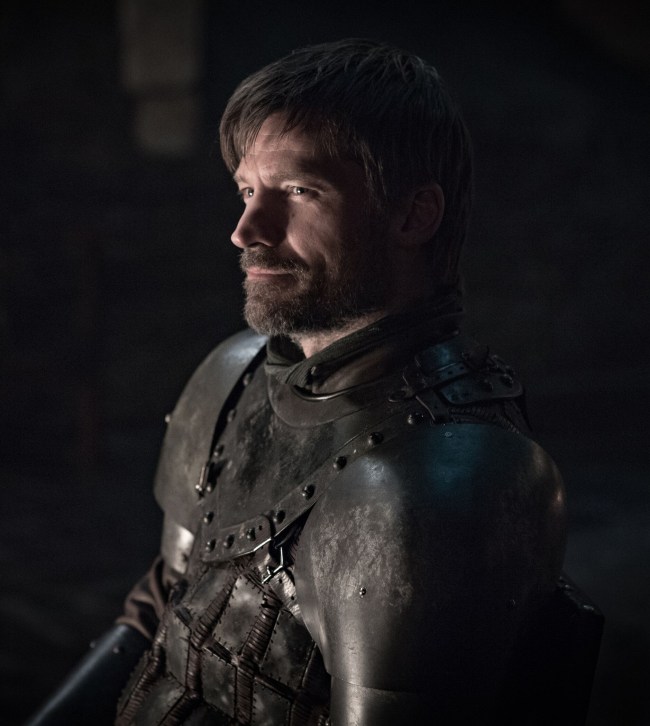 Then there is the new Jon Snow photo from the last season of Game of Thrones. Jon Snow, or should I say Aegon Targaryen, is seen not within the secure gates of Winterfell, but outside the walls of Winterfell. 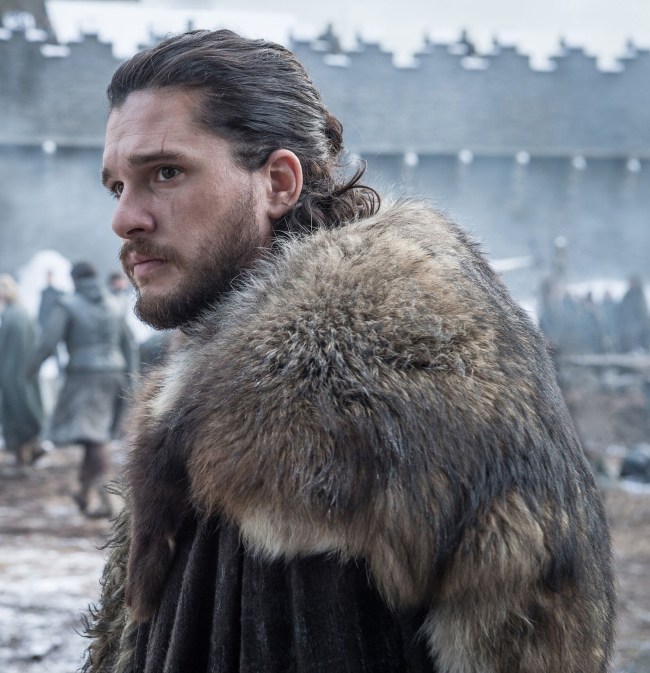 A redditor named EveryFckngChicken went all super private investigator on the new Jon Snow pic and came up with his own Game of Thrones fan theory about this one photo. In the Free Folk Reddit, the Redditor explained the photo of Jon Snow.

The astute redditor examined spy photos taken of the Winterfell set in Moneyglass, Northern Ireland during filming of Season 8 last March. The Reddit user noticed that the promo pic and the spy shot had the same background of Winterfell’s walls.

Then the investigative redditor extracted the data from the promo photo of Jon Snow and the photo’s information said the “picture was taken on Nov 17, 2017, it belongs to episode 1, scene 29, and the location shown is called ‘EXT WINTERFELL TRENCH ROADWAY.'” Apparently, Jon is preparing Winterfell for the attack by the Night King and his Army of the Dead. But the preparations are outside the walls of Winterfell and they are digging trenches.

“A picture by twitter user Catháir taken two weeks later shows not only a trebuchet, but also what seems to be some kind of a trench with stakes or palisades drawn around Winterfell,” the Reddit post theorizes.

Could they be digging trenches all around the walls in which they will set fires all around Winterfell to keep the White Walkers out? This seems highly likely since the set of Winterfell was purposely burned down last February.

We will have to wait until Sunday, April 14, 2019, to find out when Game of Thrones triumphantly returns to TV. Until then you can read more Game of Thrones fan theories HERE.