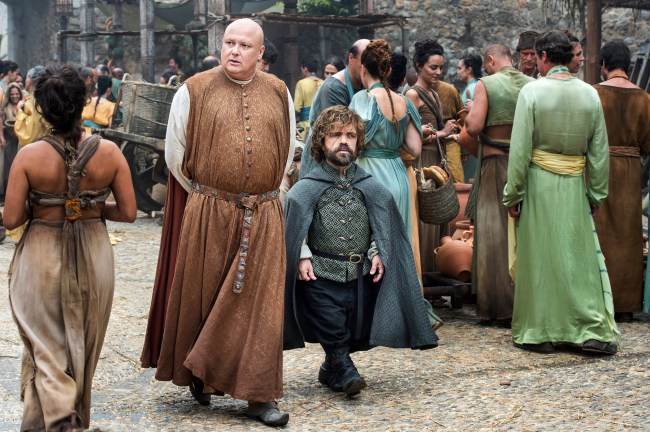 A few weeks ago, HBO CEO Richard Plepler gave us a hint as to the length of the upcoming episodes of Game of Thrones. “It’s a spectacle. The guys have done six movies. The reaction I had while watching them was, ‘I’m watching a movie,’“ Plepler told Variety.

Last week Liam Cunningham, the actor who plays Ser Davos Seaworth, agreed with Plepler. “I can also repeat what the head of HBO said. He’s seen the six episodes twice and said it’s like watching six movies,” Cunningham said. The actor added that the final season of Game of Thrones will “make epic seem small.” Cunningham added, “We have normally six months to shoot ten episodes and on the six episodes that we have done for the last season has taken us nearly a year.”

A leak from France allegedly tells you how long each of the last episodes will be. On Tuesday, French TV network Orange Cinéma Séries made an announcement about the final six episodes of GoT and accidentally revealed the time of the episodes.

The Season 8 premiere of Game of Thrones as well as the second episode will reportedly be 60 minutes long. The final four episodes in the hit HBO fantasy series will each be 80 minutes long. These are tied for the longest episode in the TV show’s history along with last season’s finale, The Dragon and the Wolf. You can expect that Episode 3 will utilize those 80-minutes to feature an epic battle that is said to be a “historic moment in television” according to Vladimir Furdik, the Slovakian actor who plays the Night King.

In this chart from Watchers on the Wall, you can see the length of each episode and each season of Game of Thrones. You’ll notice that despite having on six episodes in the final season, it will be seven hours and 20 minutes, the same as Season 7 that had eight episodes.

It should be noted that these are not official times because the episodes have yet to get final edits. These times should be similar to the final length times give or take a few minutes. The final season of Game of Thrones season kicks off on April 14th.

Here is a wonderful fan-made teaser trailer for the final season of Game of Thrones.