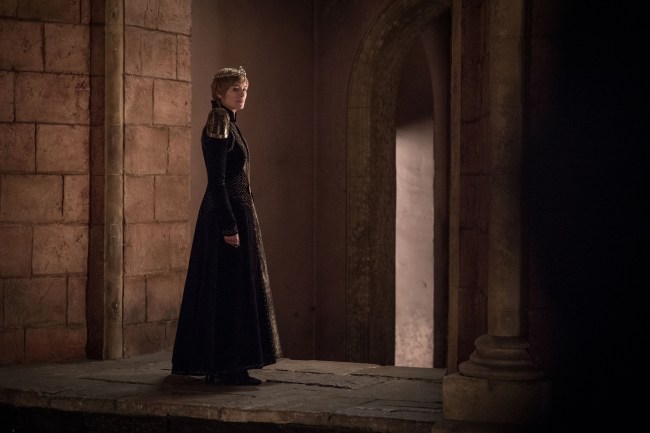 Are you rewatching early episodes of Game of Thrones in preparation of the epic final season nearly upon us? You’re able to watch the first season, but did you know that there was a pilot made for Game of Thrones and it was so terrible that 90 percent of the episode had to be reshot. Showrunners David Benioff and D.B Weiss showed the pilot to screenwriter Craig Mazin and asked for his feedback. He called it a disaster and wrote the words “BIG PROBLEM” on a notepad. Thankfully, the reworked episode was far more impressive and it sparked HBO to embrace the fantasy show based on George R.R. Martin’s A Song Of Ice And Fire.

The pilot, which was called a “piece of sh*t by Mazin,” was never released and was they were forced to recast Catelyn Stark and Daenerys Targaryen. While details about the doomed pilot are scarce, HuffPost recent unearthed the plot of the pilot and it features numerous changes from the actual Game Of Thrones TV series.

HuffPost visited Texas A&M’s Cushing Memorial Library in College Station, where Martin has been visiting since the 1970s and stored his works there. Like an inquisitive maester at the Citadel in Oldtown, they found a copy of the original, unaired pilot in the library. The script, which is dated October 22, 2009, has many differences from the original episode of Game of Thrones that would have changed how the story would have been told in the award-winning TV show.

The first ever episode of Game of Thrones titled Winter Is Coming aired on April 17, 2011. The first scene introduced the audience to the White Walkers, but in the pilot, the White Walkers talked. The races and species in Game of Thrones get their own language and White Walkers were no different. The show had language specialists created a special language to the snow zombies and it was called “skroth.” The White Walkers speech sounded like “crackling,” which sounds like an ex-girlfriend. Unfortunately, “they tried it, and it just wasn’t working out, so they abandoned the idea.”

In the pilot, Jon Snow gets sh*tfaced. In the scene where the Starks throw a celebration for the arrival of King Robert Baratheon and the Lannisters to Winterfell, Jon Snow sits outside the party because Catelyn tells him to away from all of the fun because he is a bastard. In the pilot, Jon not only parties in the great hall, but he gets drunk at the highborn table. Jon gets into a drunken conversation with Benjen Stark. Jon Snow was literally fall down-drunk. “He must have drunk more wine than he had realized,” the pilot says. “His feet got tangled under him as he tried to leave, and he lurched sideways into a serving girl and sent a flagon of spiced wine crashing to the floor. Laughter boomed all around him.” There is a reason Tyrion and Jon get along so well.

Season 8 of Game of Thrones seems like there is going to be a lot going on with the crypts under Winterfell. The teaser trailer for the final season saw a feather fall off one of the statues. The feather goes all the way back to the first episode of Season 1 when Robert Baratheon paid his respects to his one true love (no not wine or boar-hunting), Lyanna Stark. The script for the pilot saw a jealous Cersei burning the feather. Sansa Stark would find the feather in Season 5, meaning that it must have a significant meaning since it is given this much attention.

Other differences in the pilot’s script include Bran and Tommen duking it out, Ned and Catelyn being much meaner to each other, Catelyn encouraging Ned to let Sansa marry Joffrey, consensual sex between Daenerys and Khal Drago on their wedding night, and the Cersei and Jaime’s sex life was more non-consensual and more violent. You can read more difference between the pilot and actual show HERE.

RELATED: Is This ‘Game Of Thrones’ Fan Theory About Tyrion Confirmed By The Actress Who Plays Cersei Lannister?