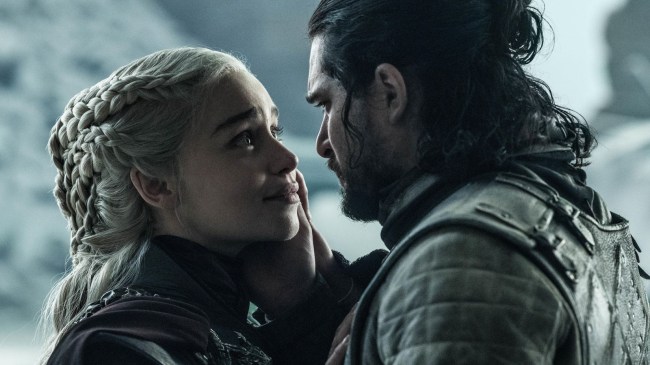 No matter how you evaluate the series’ final six episodes, Game of Thrones is, and likely forever will be, one of the top five or six television shows to ever grace the medium.

Prior to the shoddy writing and hurried pacing of Game of Thrones‘ final 13 episodes, what unfolded over the course of the previous sixty hours could arguably considered the greatest run in the history of television.

Yes, most of the groundwork was that of George R.R. Martin’s, but in a vacuum, the writing, plotting, set design, costume design, action, etc. of Game of Thrones‘ first six seasons was something that will not be matched for some time.

HOWEVA, with all that said, the fact remains that Game of Thrones’ final season was below their personal lofty standards. But what happens when the heavyweight champion of the world tries to retain their title but they don’t have their uppercut anymore?

For Game of Thrones, it means submitting their most controversial episode of the season to the Emmy Awards for the Best Writing category.

According to TV Guide, HBO has submitted the series finale, “The Iron Throne”, for Emmy consideration. Not only that, but it’s the only episode they submitted in that category.

“Submitted for Best Directing for the season are Miguel Sapochnik for “The Long Night,” David Nutter for “The Last of the Starks,” and D.B. Weiss and David Benioff themselves for “The Iron Throne.” And instead of suggesting Dave Hill and/or Bryan Cogman get a look for Best Writing for those well-received initial episodes of the season, Weiss and Benioff’s script for “The Iron Throne” is the one they’re apparently banking on for that category.” [TV Guide]

While the prior episode, “The Bells”, was largely derided for the now infamous Daenerys decision, it was generally praised for its direction, CGI, action sequences, and production.

“The Iron Throne”, on the other hand, did not sit as favorably with fans, as it is the lowest rated episode of the season, and thus the series, on Rotten Tomatoes.

Nevertheless, HBO — who, honestly, deserves the benefit of the doubt at this point — chose to submit this particular episode.

Not “The Knight of the Seven Kingdoms” — where Tormund rambled on about suckling on giant’s milk and Jaime emotionally knighted Brienne of Tarth — but this episode … the one where Jon is banished from King’s Landing despite the fact that those who want him gone have already left.

All we know is, if anyone involved with Game of Thrones this season deserves an Emmy Award, it’s the fans for putting up with this bullshit (and Maisie Williams).