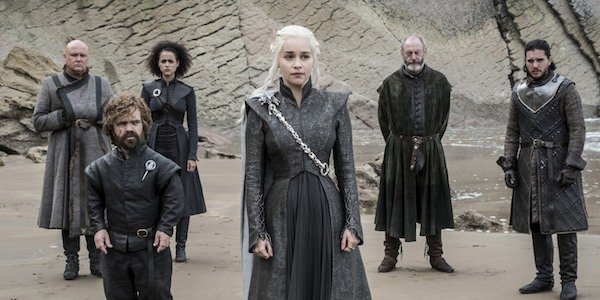 Game of Thrones was one of the greatest TV shows in history (minus the atrocious ending) and people were absolutely obsessed with the fantasy show. And there were some people who were probably too obsessed with the show about dragons, political strategy, and brother-humping. In fact, a new scientific study found that some GoT fans were so immersed that they saw themself as their favorite characters from the show.

Researchers from Ohio State University released a study titled: “Becoming the King in the North: identification with fictional characters is associated with greater self–other neural overlap.” The study discovered that Game of Thrones fans identified themselves as characters from HBO’s fantasy TV show.

Game of Thrones fans had their brains scanned, and were asked to think about themselves, nine friends, and nine characters from the show: Bronn, Catelyn Stark, Cersei Lannister, Davos Seaworth, Jaime Lannister, Jon Snow, Petyr Baelish, Sandor Clegane, and Ygritte. Participants were asked which characters they felt closest to and who they liked the most while in the fMRI machine.

“When they think about a favorite fictional character, it appears similar in one part of the brain as when they are thinking about themselves,” said Timothy Broom, lead author of the study and doctoral student in psychology at The Ohio State University.

Participants answered “yes” or “no” to whether a specific trait described the person.

From the study that was published online recently in the journal Social Cognitive and Affective Neuroscience:

Overall, the participants showed a larger response in the ventral medial prefrontal cortex (vMPFC) for self compared to friends and fictional others. However, among the participants higher in trait identification, we observed a greater neural overlap in the vMPFC between self and fictional characters. Moreover, the magnitude of this association was greater for the character that participants reported feeling closest to/liked the most as compared to those they felt least close to/liked the least. These results suggest that identification with fictional characters leads people to incorporate these characters into their self-concept: the greater the immersion into experiences of ‘becoming’ characters, the more accessing knowledge about characters resembles accessing knowledge about the self.

Dylan Wanger, co-author of the study and assistant professor of psychology at Ohio State, added, “For some people, fiction is a chance to take on new identities, to see worlds though others’ eyes and return from those experiences changed.”

“What previous studies have found is that when people experience stories as if they were one of the characters, a connection is made with that character, and the character becomes intwined with the self,” Wagner noted. “In our study, we see evidence of that in their brains.”

So some Game of Thrones fans actually believe they are characters in the TV show. Let’s hope that their favorite character isn’t Viserys Targaryan, a real hot head.