Guy Makes His Shed The Top ‘Restaurant’ On TripAdvisor, Gets Inundated With Reservation Requests 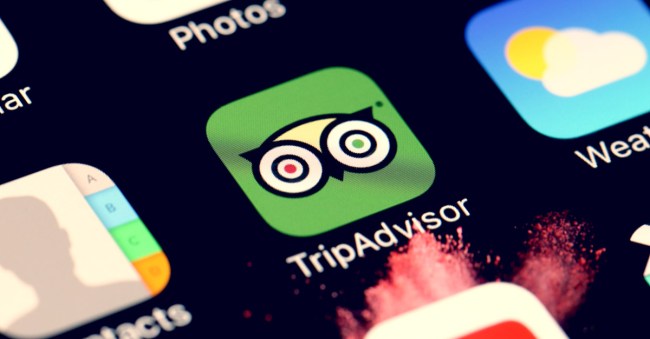 How much do you trust the reviews on consumer sites TripAdvisor? Because this guy, Oobah Butler, scammed his way into making his garden shed the top “restaurant” in London. And it didn’t seem terribly hard to do either.

Butler, 26, is a writer for VICE, but before landing that job one of his previous ways to make some income was, as he explained in the article about his shed, was to write “fake reviews on TripAdvisor.”

So how did he turn his regular ole shed into the number one restaurant in London?

First, he had to give it a fancy name, so he chose to call his fake restaurant “The Shed at Dulwich.” Sounds classy. I’d eat there.

Then, he gets his “restaurant” verified and lists “The Shed” with just the name of the road and calls it an “appointment-only restaurant.” No, I really want to eat there.

Oh yeah, he also created an actual website. The home page reads, “An appointment-only restaurant located in South London, The Shed has been operating privately for years. In 2017, it decided to open its doors. As of November that year, it was TripAdvisor’s top-rated restaurant in London.”

The “menu” is very limited, with each entree named after a “mood” like Empathetic, Love and Comfort. “You choose which fits your day, and our Chef interprets that,” says the site.

glad to see my foot getting all the credit it deserves on have I got news for you pic.twitter.com/Ap9bXRI5Al

There is also a “reservations” page that boasts, “Due to limited seating, we’re extremely busy so, apologies and please try to be patient.”

More than 80 fake five-star reviews later (created by him and his friends) and after six months “The Shed” has gone from being ranked 18,149th, the worst in London, to number one!

Amazingly, right around the time that Butler’s “restaurant” reached #156 on TripAdvisor crazy things started to happen…

First, companies start using the estimated location of The Shed on Google Maps to get their free samples to me. Then people who want to work at The Shed get in touch, in significant numbers. Then I get an email from the council, which wants to relocate us to a site in Bromley they’re developing. Then an Australian production company gets in touch, saying they want to exhibit us across the world in an aircraft company’s inflight videos.

And then, finally, I have a Skype meeting with a “results-hungry” PR agency that promises to get The Shed onto the Mail Online with a Batman-themed launch and a £200 Lizzie Cundy appearance. The representative calls me “obviously pretty cool”, which is nice, but ultimately I decide to handle promotion myself.

By the time “The Shed” reached number one he is getting hundreds of reservation requests — for a restaurant that doesn’t actually exist.

So, naturally, Butler eventually does the only thing left that he can do: he opens “The Shed at Dulwich.” It didn’t exactly go smoothly, but at least one couple asked if they could book another reservation.

Now, as for what the folks at TripAdvisor thought of this little experiment?

“Generally, the only people who create fake restaurant listings are journalists in misguided attempts to test us,” replies a representative via email. “As there is no incentive for anyone in the real world to create a fake restaurant it is not a problem we experience with our regular community – therefore this ‘test’ is not a real world example.”

This is probably true, because how many people would really go to all this trouble for any other reason?

Vice created a fake restaurant and managed to make it the number one restaurant in London on TripAdvisor https://t.co/nl3GuqMXcP pic.twitter.com/2cIaTrHV6S

Plus, as Butler says at the end…

You could look at this cynically – argue that the odour of the internet is so strong nowadays that people can no longer use their senses properly. But I like to be positive. If I can transform my garden into London’s best restaurant, literally anything is possible.

Check out the entire crazy story, along with tons of pictures over at VICE.