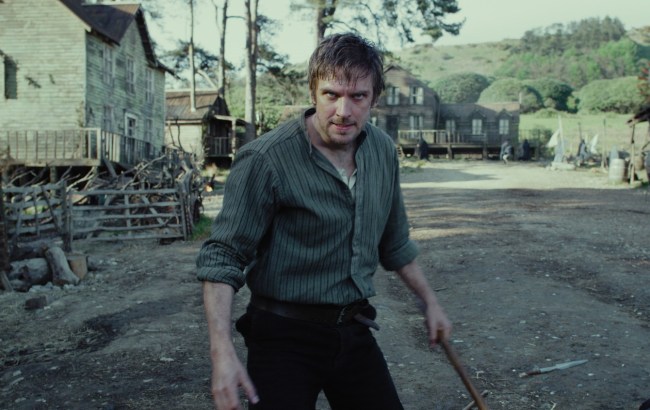 Halloween season is in full swing, which means it’s time to binge as many horror movies as possible while doing everything you can to resist your girlfriend’s efforts to get you to watch Hocus Pocus for the third time this month.

There are plenty of platforms you can turn to in order to get your horror fix but Netflix has really upped its game in the past year or so thanks to the likes of movies like Veronica and the wild ride that was The Ritual.

Netflix is also responsible for The Haunting of Hill House, which some people are hailing as the scariest television show of all time and once sported a 100% score on Rotten Tomatoes until a couple of buzzkills decided to piss on the parade.

However, there’s one project in particular that immediately grabbed my attention when the trailer dropped: Apostle.

I’m an absolute sucker for films about cults and was especially drawn to the movie after discovering it was directed by Gareth Evans, the man partially responsible for “Safe Haven,” which is easily the most batshit insane segment in the entire V/H/S series.

I was lucky enough to get a sneak peek at Apostle and even luckier enough to get a chance to talk with Evans, who says he caught the horror bug while working on that short and decided to follow it up with a more traditional feature.

“The difficulty with ‘Safe Haven’ was that because the whole short was set within the confines of POV horror, it meant that while I was able to explore the kinetic energy of the way I can tell that story, it limited me in how I would visually tell it.

Coming into Apostle it was a real opportunity to flex that horror muscle that had been started with ‘Safe Haven.'”

Evans masterfully constructs a world run by a malevolent leader named Malcolm (played by Michael Sheen)— a world that causes a wave of uneasiness to wash over you as soon as Thomas (Dan Stevens) arrives on the island the cult calls home in search of his kidnapped sister.

“From the moment he steps foot on this island there’s this feeling of dread that runs as an undercurrent through everything else. Every time you meet someone you won’t know if they’re friend or foe. You don’t know if they’re going to support you or betray you.

That’s what led me to want to make this thing about not just a cult but a community of people I wouldn’t know if I could trust.”

I don’t want to give too much away, but Apostle is a slow burn and feels spiritually similar to contemporary films like The Witch and The Descent, relying less on jump scares and more on an overriding sense of dread that something is just slightly off about the commune.

“It was trying to find things that were unconventionally unsettling. Moods, atmospheres, tones, sounds that make you feel on the edge of your seat but you don’t know why.”

As far as other influences are concerned, Evans said he primarily drew from British horror movies including The Wickerman and This is England as well as some more modern films like Ben Wheatley’s criminally underappreciated Kill List

Apostle has already been added to my Halloween rotation, but if you’re looking for an under-the-radar horror film that’ll also haunt your dreams, Evans has the perfect suggestion.

“There’s this one Japanese film called Noroi: The Curse. It’s kind of like a mockumentary type of thing and it’s brilliant. A genius piece of work. I remember being blown away by that and being absolutely chilled to my core by the end of the film.”

You’ll have to wander outside the confines of Netflix if you’re looking for Noroi but Apostle is available to stream on the service as of today.