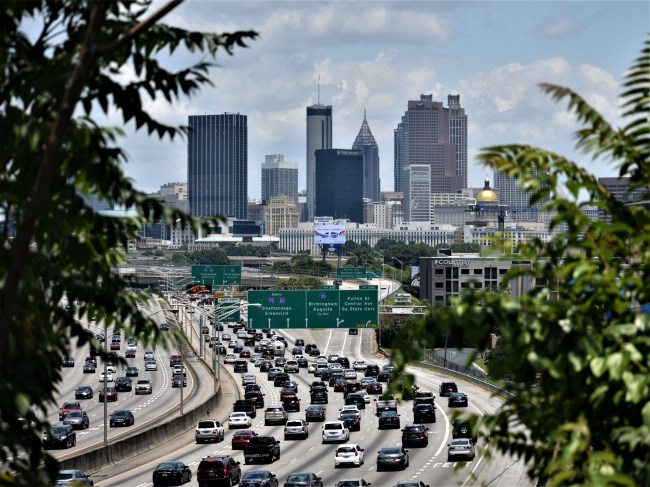 Throughout the South, there’s always been the phrase “Thank God for Mississippi.” It has always been a nod (in Education, Healthcare, Politics, etc.) to no matter how bad things are on your state (in the South) there’s always Mississippi ranked last. You can check out a full explanation here on Wiki if you’re not familiar with this adage. But I throw this out here because as a Floridian I’m thankful for Georgia finally taking the spotlight off of my stupid state for a little while.

For weeks it’s seemed as if the Governors of Georgia and Florida have been in competition with each other to see who can make the bigger boneheaded decision. By rushing to reopen his state while cases were still spiking, and choosing to open up Bowling Alleys of all places, Georgia’s Brian Kemp has really grabbed the national spotlight away from the Sunshine State.

In his latest questionable move, Georgia Governor Brian Kemp has written an executive order exempting teens from passing road tests in order to receive their driver’s licenses. They still have to fulfill the other requirements but an actual test that proves they know how to drive is no longer required. Surely, there’s no way this will backfire. Allowing fresh drivers out on the road with just the approval of their parents is a 100% safe policy because everyone knows that every parent in America is hands-on with their kids and makes only the best decisions. Nobody’s out there phoning it in at all.

Here’s how this will all play out, according to FOX5Atlanta:

Under Governor Kemp’s latest executive order, teens still have to fulfill all driving requirements, but the behind the wheel road test has been suspended. While the Department of Driver Services practices social distancing during this pandemic, it’s impossible for an employee to conduct a road test in the same vehicle with an applicant and still keep their distance.

“During these unprecedented times, the Department of Driver Services is trying to make it as easy as a process for people to get their license and to lessen the burden on people right now,” says Stormi Kenney who owns Kennesaw Driving School.

“I’m hoping most parents won’t just sign off on those 40 hours, I’m hoping most will take the time and drive with their kids before they let them obtain their driver’s license,” said Kenney. (via Fox5Atlanta)

Maybe, just maybe, we hit the pause button for a month or two on issuing new driver’s licenses? Or make everyone complete the tests retroactively? Is that such a terrible idea?

So basically what needs to happen is a parent has to say their kid has driven 40 or more hours with them in the car (supervised driving), pass the previous age and learner’s permit requirements, and they’re good to go. This won’t at all be like the time in college I needed 20-hours of community service for some class requirement that I forgot about until final’s week and a friend’s mom magically made those hours appear because I baked a bunch of cookies for some bakesale her organization was doing.

The city of Atlanta has long been notorious for having some of the worst traffic in America. If you stopped someone on the street and asked them to rattle off the major cities with the worst traffic the list would almost always include Los Angeles, Atlanta, and Washington D.C. then a few others based on where that person’s from.

I cannot tell you the last time I was in ATL and wasn’t stuck in traffic for at least an hour. It happens daily. One accident on the other side of the city seems to bottleneck every road everywhere. Now there could be a spike in drivers who have never received formal instruction. This is a legitimate possibility since they’re operating on the ‘honor system’.

Maybe it’s a good time to increase that family auto-insurance policy for anyone living in Atlanta. Just a thought.