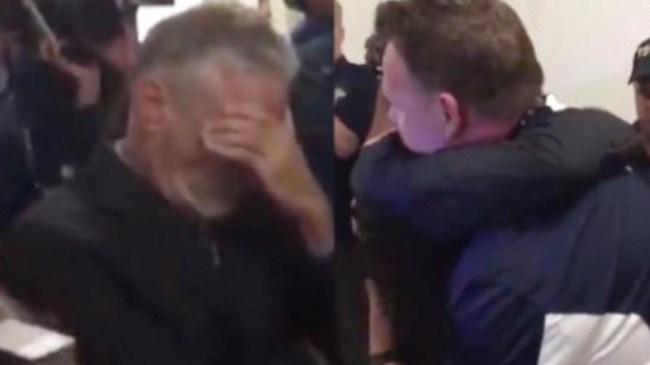 In case you’ve been living under a rock this week, former The Daily Show host and generally excellent human being Jon Stewart has been making headlines for his impassioned plea to Congress regarding healthcare for 9/11 first responders.

On Tuesday, Stewart — backed by dozens of various New York City first responders — absolutely tore into the House Judiciary Committee for their treatment, or lack thereof, of those who risked their lives to save others on September 11, 2001.

The issue stems from the lack of funding allotted to the 9/11 Victim Compensation Fund, which is a fund that is “aimed to provide necessary financial support for the thousands who suffered serious medical issues, including a spate of cancer diagnoses”, according to CBS News.

Because of that, Stewart and the cache his name carries have been putting in considerable legwork in an effort to bring this issue to the forefront of the American conscience — and he certainly succeeded.

Just a day after he publicly shamed the “esteemed” members of Congress, the House Judiciary Committee unanimously passed the fund.

And in case this whole situation hasn’t been emotional enough already, this video of the men and women of the FDNY honoring Stewart with the bunker coat of New York City firefighting legend Ray Pfeifer shifts the feels factor into overdrive.

YOU DON’T WANT TO MISS THIS VIDEO. An emotional Jon Stewart is given the turnout coat of @FDNY legend Ray Pfeifer, who died from 9/11 related cancer. Ret #FDNY Kenny Specht makes the presentation outside a Congressional hearing room. @wcbs880 #NeverForget pic.twitter.com/WD6kW5Lvje

The video, which was taken just moments before Stewart laid down the evisceration of a lifetime onto the American Congress, shows retired FDNY member Kenny Specht honoring Stewart with Pfeifer’s FDNY bunker coat.

Pfeifer, who was one of the thousands of first responders to risk their lives when New York City needed them most, tragically passed away at the age of 59-years-old back in 2017 due to renal cancer.

And while Pfeifer’s fight for what’s right may have come to an end too soon, he can hopefully rest easy knowing that Stewart is out there using his considerable influence to go to bat for his first responder brothers and sisters.