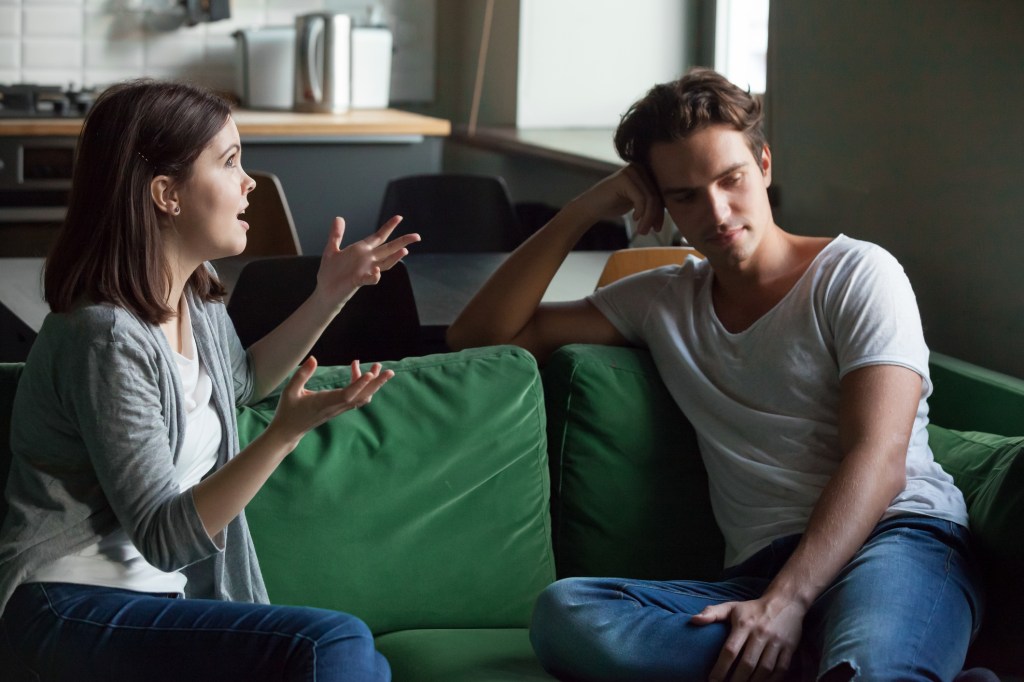 People don’t know when to shut up. They want to stop you in the hall, at the store, and everywhere else for that matter and ramble incessantly about their kids, health problems, and every other typical, boring line of jibber-jabber they can think of to waste your time. And we take it too, like freaking champs. Because, deep down, we’re polite bastards, and our parents didn’t raise us to make the dullards of civil society feel like the pathetic losers they really are.

So we let them talk, blather on, and blah, blah, blah. This courtesy, however, no matter how disingenuous, really only causes us, the good guys, mental and often physical pain. By entertaining these gabby dolts, all we’re really doing is giving them something to live for when they should probably be looking in the other direction. And while it is good to lift up your fellow man, show them they are just as incompetent as the next jerk, a lot of these awkward conversations go on entirely too long. Why? Because most of us don’t know how to make them stop.

A new study published in the Proceedings of the National Academy of Sciences of the United States of America journal finds that most of the U.S. population often endures lengthy, mind-numbing conversations simply because they don’t know how to get away. Roughly only two percent understands the appropriate time to leave a discussion. The rest of us, though, will sit there and seriously consider jabbing ourselves to death with sharp objects to avoid hurting anyone’s feelings.

In short, we’re all sickos, sissies, and in desperate need of growing a pair.

Lead researcher Adam Mastroianni told CNN that he wanted to examine this phenomenon after considering, “what if we’re both stuck in this conversation because we mistakenly think the other person wants to continue?” Could two people be torturing themselves only because they both lack the social fortitude to end a conversation? Come to find out, that was mostly the case.

In one study, which forced people to talk to their significant other or a family member, 66 percent admitted there was a time in the conversation when it should have ended. At that point, Mastroianni asserts, is where a person starts enjoying the conversation less and really just wants a pack of snarling dogs to come out and eat them alive. “God, I wish I was dead,” said every person who has ever been locked in a discussion with some lunatic looking for free therapy.

Another study, this one involving a 45-minute conversation between strangers, produced similar results. Researchers found that 68 percent of those fools hit a point where they wanted to wrap up the conversation. Still, 63 percent of them had no idea how to do it. They couldn’t even read the other person and see that they clearly wanted out of the discussion as well.

Politeness is the problem, according to Mastroianni, who compares our inability to abandon a conversation to searching for an exit along the freeway. “You have to wait for the appropriate time to exit, and it turns out that the distance between those exits can sometimes be quite long,” he adds.

Listen, a man shouldn’t have to beg for grim death to get out of idle chitchat. If the other person can’t take a hint – rolling of the eyes, inattentiveness, a noose wrapped tightly around your neck — they are the ones who should be mauled by wild dogs, not you. However, it is unlikely that rabid mutts will emerge every time someone starts talking your ear off. So, a dude needs to take some initiative of his own to shut down a raging blabbermouth.

Try using a timeless phrase like, “Well, it was good talking to you (Even though it wasn’t),” while moving in the opposite direction. This should let the person know that the conversation is kaput. If it doesn’t, try a more direct approach. Welp, I’m out of here. I have more important things to do than stand around all day listening to you whine about a bunch of crap that I don’t give two-flying squirts about. In fact, if you ever see me again, pretend we don’t know each other. I can’t stomach another round of your imbecilic droning and “me-me-me” bullshit. You deserve yourself. Keep it between the mailboxes, loser.