Stop Us If You’ve Heard This One Before: Movie Fans Aren’t Too Thrilled With The New ‘Ghostbusters’ Trailer 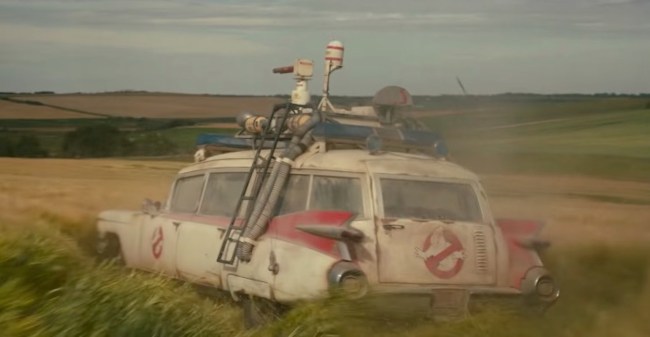 Let me be honest with you. Can I be honest with you? We’re in the trust tree here, right? Just two bros chattin’ over a beer in the dive bar that is the internet. I’ve never seen Ghostbusters. Well, that’s not exactly true. I’ve seen it, but in a past lifetime. Pre-teenage years, likely sitting on the couch with my Dad in the late 90s. Just haven’t revisited it since. With this new sequel/reboot/whatever coming up, looks like I may have to.

The new trailer for said sequel (you can find further down below) dropped on Tuesday morning, and unsurprisingly, the reaction to it has been far from celebratory, particularly when it comes to the overt product placement.

Paul Rudd's hair will be the best part of Ghostbusters pic.twitter.com/iyp13bYHzE

hey jason reitman did you know that ghostbusters is a comedy where dan aykroyd gets his dick sucked by a ghost https://t.co/WW4sZssaH5

still so bizarre how the tone of this movie’s marketing is nostalgic for a ghostbusters movie that doesn’t exist https://t.co/dDTtQpJJ4J

Forcing my terrified family to watch the new GHOSTBUSTERS trailer like Tom Noonan in MANHUNTER, asking them”do you see?” every fifteen seconds.

Love how there's like a 15 second shot of the WALMART logo in that new GHOSTBUSTERS: AFTERLIFE trailer. #Cinema.

Maybe I’m misremembering but I thought ghostbusters was a comedy

the whole problem with the premise of the new ghostbusters is that if people proved that ghosts are real, you would remember that. everyone would know who those guys are.

Some Ghostbusters Fans reacting to Afterlife: I'm glad to see the franchise finally being taken seriously!

Now, to be fair, Ghostbusters: After Life is not only directed by Jason Reitman, the son of original Ghostbusters director Ivan Reitman, by Ivan himself served as the film’s producer. Complaints about the film not being faithful to the tone of the original, however valid they may be, are being hurled at the very creator of the original, who is obviously pivoting the franchise to something more nostalgia-driven, akin to Netflix’s Stranger Things.

At this time, Ghostbusters: After Life — which stars Paul Rudd, Carrie Coon, Finn Wolfhard, and Mckenna Grace, in addition to Bill Murray, Dan Aykroyd, Ernie Hudson, Sigourney Weaver, and Annie Potts reprising their roles from the 1984 original — will hit theaters in the United States on Friday, November 11.