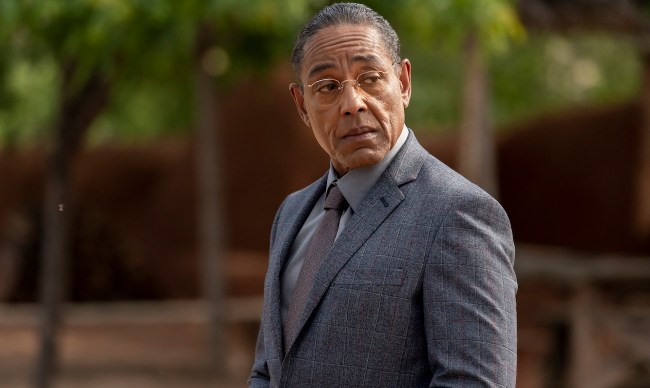 Giancarlo Esposito has experienced one of the most unique rises to Hollywood fame that I can think of. Now 64 years old, Esposito began acting all the way back in the 1970s as he made his film debut in the 1979 film Running.

Over the course of the next few decades, Esposito — while never quite achieving “fame” — made a career as an actor ad appeared in several Spike Lee films such as School Daze, Do the Right Thing, Mo’ Better Blues, and Malcolm X.

It wasn’t until Esposito reached his 50s that he became a star, as his career-defining role of Gus Fring in Breaking Bad and Better Call Saul has now elevated the actor to something of a household name, appearing in massive projects such as The Mandalorian, The Boys, The Maze Runner franchise, The Jungle Book, and more.

Esposito’s status as an actor has grown to such an extent that he’s now commonly fancast in a variety of Marvel Cinematic Universe roles, perhaps most notably as Charles Xavier a.k.a. Professor X

During a recent appearance at a Texas-based Comic-Con, Esposito addressed the constant X-Men fan-casting and revealed that he has actually met with Marvel Studios in the past.

Giancarlo Esposito says he has met with Marvel Studios about a role, confirms he’s interested in playing Professor X

While the actor is open to playing many characters in the MCU, he made it very clear that his first choice is to play Professor X, the character recently vacated by Sir Patrick Stewart.

“I’m gonna go for something that is a little bit different,” he said. “I’m gonna go put it out into the universe that it is Professor X.” [via IndieWire]

Esposito as Professor X would certainly be interesting considering that the relationship audiences have with him at this point is that of a villain, so casting him as Charles Xavier would certainly count as the Breaking Bad star playing against type.

RELATED: Marvel Has Reportedly Overworked VFX Artists So Severely That The Entire ‘Burnt Out’ Industry Is ‘Depressed’ About Their Phase 5 Plans