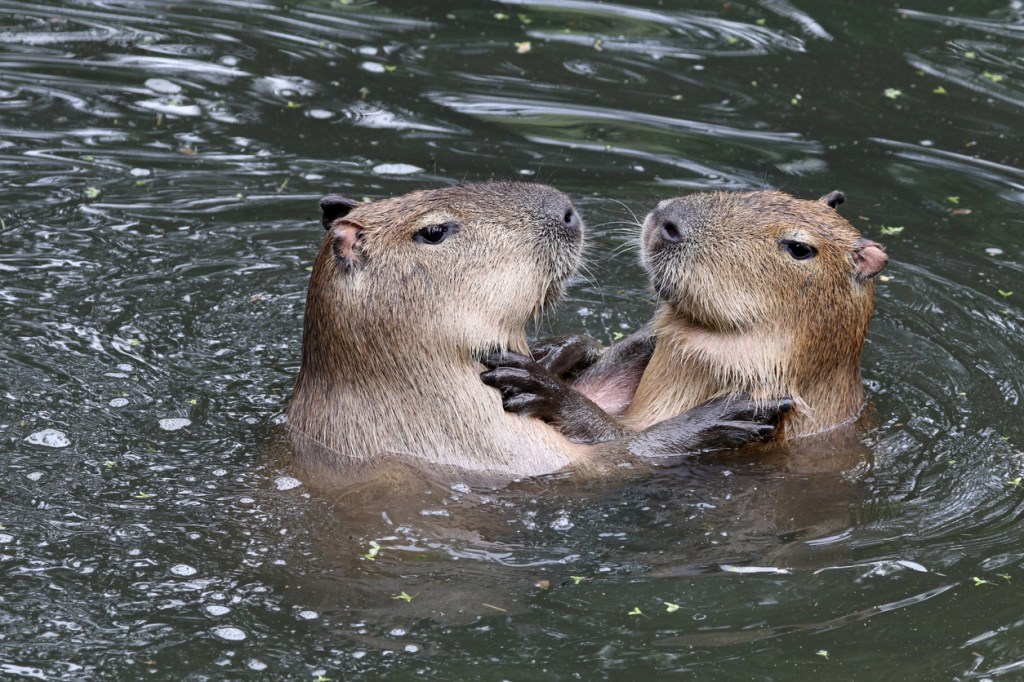 I never expected the cute and furry Capybara to become the face of the war against wealth inequality but here we are. There’s a gated community in Argentina named Nordelta that’s considered to be the most exclusive wealthy community in the country and it’s recently been overrun by capybara.

Capybara are known as ‘carpinchos’ in Argentina and they’re giant rodents native throughout much o South America. They can be found in groups of up to 100+ and can grow to weigh over 200 pounds. When I think of ‘rodents’ I think of rats and while NYC has some massive rats I’ve never seen anything that would compare to a 200-pound Capybara.

This Nordelta neighborhood is found on the north side of Buenos Aires with idyllic streams and picturesque lakes. It’s a perfectly maintained paradise for the wealthy and their mansions. To be honest, it sounds pretty awesome.

Nordelta was also built on the wetlands of the Paraná River which is South America’s second most important river behind the Amazon River. Those wetlands are the natural habitat of these capybaras who are now taking back their land and overthrowing the rich according to reports on social media.

Many conservationists are rallying around the capybara and there’s even a graphic mural (picture below) of these giant rodents cutting off the heads of their conquerors. Here ae some tweets of the capybara invading the area, clips of them on live TV, and even one charging a cyclist in traffic.

Mural in Buenos Aires, celebrating the capybara invasion of Nordelta, Argentina’s most exclusive gated community, an enclave of the ultra rich, built in a lush area on the wetlands of the Paraná river. pic.twitter.com/TKhzCx74aB

I’m Team Carpinchos here but it makes me sort of a hypocrite. If I lived in Buenos Aires I’d almost certainly be trying to buy a home in Nordelta because it sounds gorgeous and like a lovely place to live. That said, I’d still support the capybaras.

I get it. I’m from Florida, born and raised. The alligators were here first. So were the snakes, sharks, mosquitoes, spiders, jellyfish, and anything else that might ruin my day on any given Sunday. They were here first and I just have to live around them.

The Guardian reports that some Nordelta residents are roaming around with hunting rifles trying to take out the invading capybara and that’s just not right. It’s their land, they were there first, let them live.