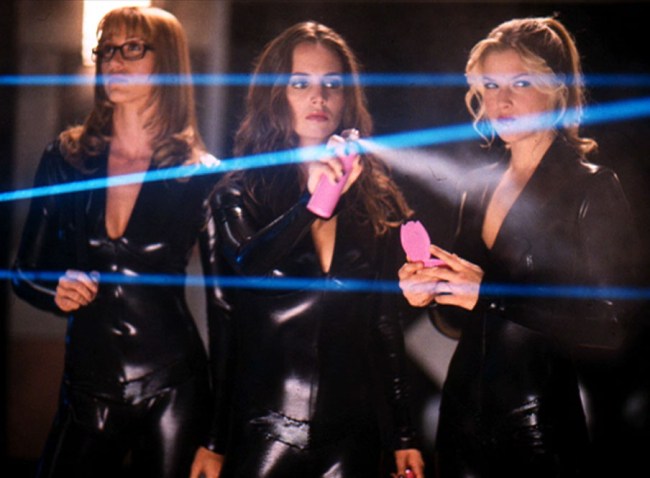 One woman took matters into her own hands after she regretted sending some explicit photos to a former lover. Your mission, should you choose/decide to accept it, involves the recovery and deletion of nudes you sent to your ex-boyfriend. This woman gladly accepted the mission.

Jana Hocking is a blogger, radio producer, and former producer for The Bachelor in Australia. In a recent article for the Australian website Whimn, Hocking explained how she broke into her ex’s home to delete naughty pics of herself.

Is Cheetah print on the comeback? Asking for a friend. Side note: are ✌🏼 on a comeback as well? Cause I legit never know what to do with my hands. #IfInDoubtRevertBackToYour12YearOldSelf

Hocking was in a relationship with a guy and sent photos of her breasts to the dude. The relationship went south and she was concerned that the guy might share the boob pics as revenge. As a way to prevent the dissemination of her private photos, Jana decided in a preemptive strike to break into the ex’s house and delete the pics in a very unusual search and destroy mission.

“I arrived at his house super late at night when I knew he would be asleep, snuck through his window while he was snoring up a storm, grabbed his phone, scrolled through his photos, found the offending shot and deleted it before commando-rolling the heck out of there,” Jana wrote. “To this day, I thank God that fingerprint identification hadn’t been invented yet.”

Worst day ever. 😉 Melbourne Cup you are the actual best! Thanks for looking after us @ghmummau and @devithelabel thank you for the dress and @angelina.alvarez.designs for the earrings Xx . . . . . . . #melbournecup #thebirdcage #mumm #champagne #cocktails #highheelsandhangovers

“Whilst I don’t condone breaking into someone’s house, I stand by my decision,” Hocking told news.com.au.

Not to be a Legal Larry here, but breaking and entering a home is illegal, even if you are doing so for the sole purpose of deleting titty pics you willingly sent earlier.

No filter and all the curves but worth it for the 🍝 and 🥂 PT’S hit me up when I leave but for now all the Italian goodness!

Then there is the tech aspect of this story. It should be noted that the photos in question may have been saved to the cloud and that means that he still has access to the pics. You know, the cloud makes a copy, cuz if it makes a copy, he can just watch the copy.

Also, would the story have a different vibe if a man broke into a woman’s house to delete nudes?

When everyone’s all like “How’s Hawaii? Bet you’re having the BEST time” …and I’m like… “I’m not there. I’m in a car wash.” #LivingMyBestLife #Seriousfomo #whateverdidntwanttogoanyway #passivepost