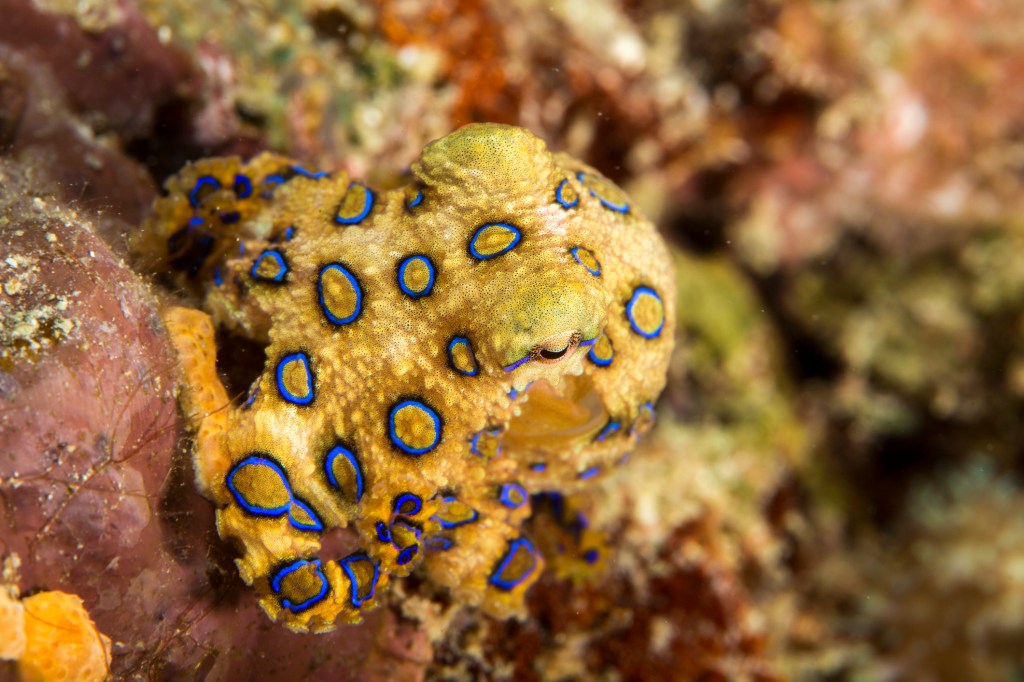 How??? How do people still not know about the blue-ringed octopus after all these years and how it’s one of the most venomous creatures on the entire planet with enough venom to kill 26 adult human beings? It seems like we talk about this at least once a year.

This tourist picked one up in Australia back in 2019 and went viral. A year before, this blue-ringed octopus was filmed swimming in a popular natural pool with tourists. Now there’s this clip of this tourist in Bali manhandling one of the most venomous creatures on planet earth.

Here are the two clips:

The blue-ringed octopus is incredibly small but they’re still pretty eye-catching. They typically measure 5 to 8 inches and are normally pretty docile but when they’re provoked they have enough deadly and powerful neurotoxin tetrodotoxin to kill approximately 26 adults within just a matter of minutes.

Something I just learned about these deadly creatures is they’re considered to be pretty ‘sassy’ and will fight, kill, and eat each other. That’s apparently what the scientific community refers to as ‘sassy’ these days in the animal kingdom…barbaric cannibalism.

People were losing their MINDS in the TikTok comments so it’s clear that millions of folks do know the truth about the blue-ringed octopus and why you should never pick one up in a million years but as a general rule of thumb, you just shouldn’t pick up random wildlife in countries/places you’ve never been. I wouldn’t waltz into the Amazon and start digging around in dark holes and pulling out creepy crawly creatures and I wouldn’t do that in Australia either where everything on that island is out to kill humans.