The Girl Who Went Viral For Dipping Chicken Tenders In Soda At The U.S. Open Last Year Has Her Own Food Show And Is Touring The Country 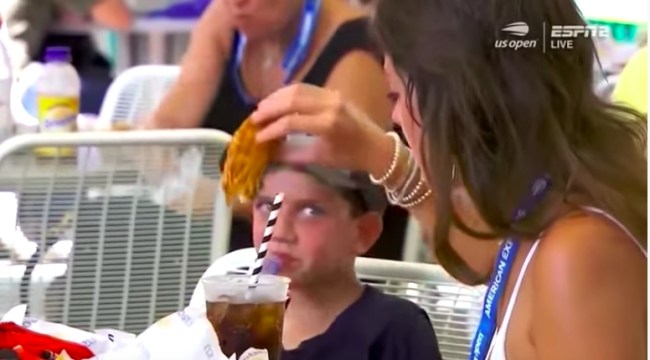 Today, the yodeling Walmart kid is making more money than my father and the richest people on YouTube are five-year-old’s playing with toys.

So it shouldn’t be of any surprise to learn that Alexa Greenfield, the woman who went viral last year after an ESPN camera caught her dipping a chicken finger into a child’s soda cup at the US Open, is touring stadiums across the country reviewing various food combinations for her new YouTube channel, StadiYUM Tour.

So this happened at the US Open today… 🧐 pic.twitter.com/fRDmpd3YWE

To her credit, Alexa G is putting in work to ride the wave of her viral fame by taking interviews with sports media publications and filming her debut song, ‘Chicken and Soda,’ complete with its own music video.

Speaking to INSIDER about the genesis of her food show, Alexa G said this:

“I have always wanted to be in sports, and I’ve always been a very weird eater. It just clicked,” she told Insider. “The food at sporting events is so special these days, the variety is endless.”

The majority of the episodes are made with just Greenfield and her editor, Cole O’Brien, founder of Northern Pine Productions. Greenfield brought her cousin along to the U.S. Open to film. Can’t knock the hustle.