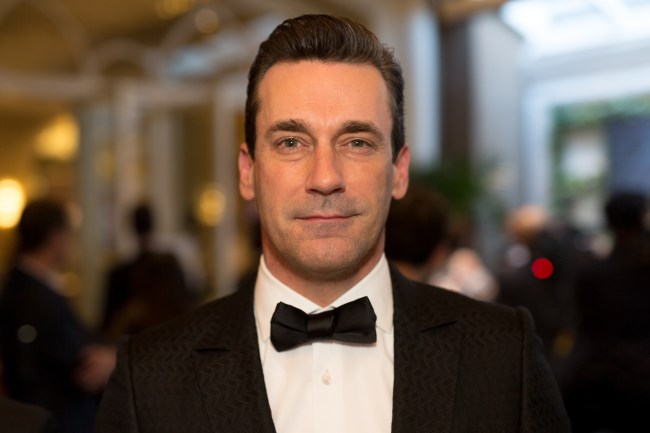 If there’s ever a story to convince you to not give up on your dreams, it’s Jon Hamm’s. The 47-year-old megastar didn’t pop out of the womb as a mini Don Draper. In Hamm’s early acting days, rejection would come like the sun came up in the morning. His agency dropped him, he didn’t have a pot to piss in, and as he was approaching 30, he was ready to give up on the dream his mother encouraged before she died of colon cancer when Hamm was just 10.

In a recent profile by Esquire which dives into his formative years in St. Louis, the hazing incident at UT Austin that bordered on the mutilation and torture of a classmate, and the struggles he incurred in becoming a successful actor.

“I got that job because of a friend of mine, this girl who was like our stage manager in college. She was always the hardworking type. I was hanging out with her and another friend of ours from Mizzou, commiserating at a potluck. None of us had any money. I’d lost my catering gig. I was like, ‘I need a job.’ My friend said, ‘You can have my job. I’m doing set dressing.’ I said, ‘I don’t know how to do that.’ She says, ‘It’s not that hard. They’ll hire anybody.’ She says, ‘It’s just soul-crushing for me. I can’t do it.’ I said, ‘Soul-crushing: That sounds amazing. I’ll do it.’ And she’s like, ‘It’s for these Skinemax soft-core titty movies.’ I asked, ‘What do you do?’ She hands me this bucket with all of her tools in it and says, ‘You just move shit around. Do whatever they want you to do.’ I went in the following Monday and said, ‘I’m the new set dresser.’ Literally, no one blinked.”

If you think that working behind the scenes of a soft-core film is the least bit titillating, Hamm insists you’re mistaken; it was boring and every bit as soul-crushing as advertised.

Hamm meddled in his acting career for the next five years, getting little bits here and there. Nearly 30-years-old and fresh off getting rejected from a gig because he looked “too old,” Hamm stumbled across the Mad Men audition. After up to eight auditions, Hamm got the gig that would change his life forever. His performance earned him a Golden Globe for Best Actor in a Television Series – Drama in 2008 and again in 2016.

The rest is history.

Never give up on your dreams, bros.