Girl Is Reduced To Tears Of Happiness After Winning A Life-Changing $11.30 From HQ Trivia 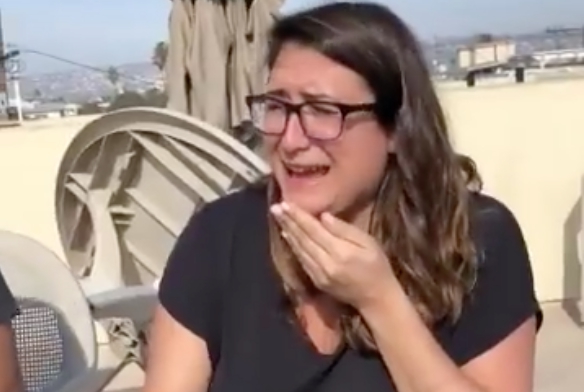 Quick question: When was the last time you cried? Like really cried. For me, it was Christmas 2016 when I went to see Manchester By The Sea with my family. For those who’ve seen the movie, I lost it when he ran into his ex-wife on the street and the excruciating words that followed, “There’s nothing there.” After fighting back the tingling behind my eyes for a few moments, I fucking lost it. My dad was sitting right next to me, I felt naked and vulnerable, but I had no choice. After the movie, we went to get a beer and I made sure to tell my dad I was whittling a coffee table for my apartment to regain some manhood. He responded, “Make sure you wear glasses, wouldn’t want any saw dust getting in your eye.” I was very close to asking him to arm wrestle.

Well, a woman named Lauren May recently had herself a good cry. Over what?  Winning $11.30 playing online trivia.

For those who are unfamiliar with HQ Trivia, it is a wildly popular app and trivia game created by the creators of Vine. It takes the form of a live game show, played twice daily. The players that correctly answer the final question split the prize money, which have ranged from $2,000 to $18,000.

This is the consequence of the emotional exhaustion that 2017 was.

Now go buy a nice lunch…but not too nice