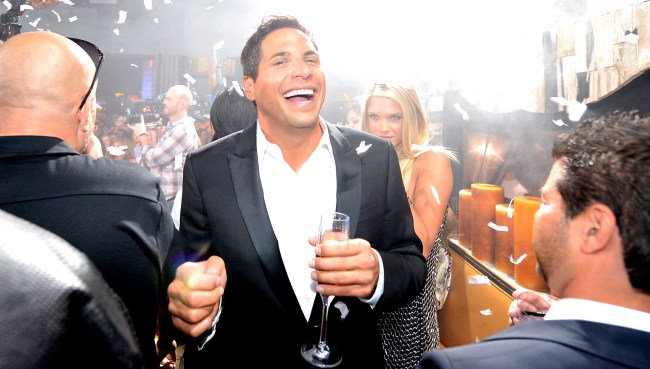 Girls Gone Wild founder Joe Francis has been hiding out living in Mexico ever since a U.S. District Court judge in Los Angeles issued an arrest warrant for him after he failed to comply with his bankruptcy agreement.

That and the fact that he reportedly owes Las Vegas casino owner Steve Wynn more than $30 million in gambling and other debts. And the fact that a different U.S. Bankruptcy Court Judge ruled in 2015 that Francis will be fined $5,000 a day until he complies with her ruling, which by my fuzzy math means he owes around $7.58 million. And the fact that there is no extradition from Mexico in civil cases.

So, it was in Mexico where, according to TMZ, Lord Disick’s BFF was recently held hostage as the subject of a alleged kidnapping attempt by several armed men.

Sources close to the “Girls Gone Wild” founder tell TMZ … he was at the home of one of his neighbors in Punta Mita on October 16 — with about 20 other people — when at least 5 armed men stormed in, threatening to take hostages.

We’re told Joe and the others, mostly staff working at the house, were tied up with wire and robbed. Our sources say shortly after this, neighborhood security had a scuffle with the gunmen, who fled the area … until police spotted them.

TMZ also reports that when two patrol cars with armed officers arrived at the scene, four people were seen running away with only one of them being apprehended. Military personnel reportedly also responded and found guns and masks discarded at a nearby property.

Victims at the beachfront mansion allegedly told authorities they believed the armed men were planning on kidnapping them.

Francis, who at one point reportedly made an estimated $29 million a year producing and selling Girls Gone Wild videos, has been living with his girlfriend Abbey Wilson and their three-year-old twin daughters at an estate he had built in 2013 in Punta Mita.