Holy Beefcake: Is Governor Andrew Cuomo Sneakily Jacked Out Of His Mind? 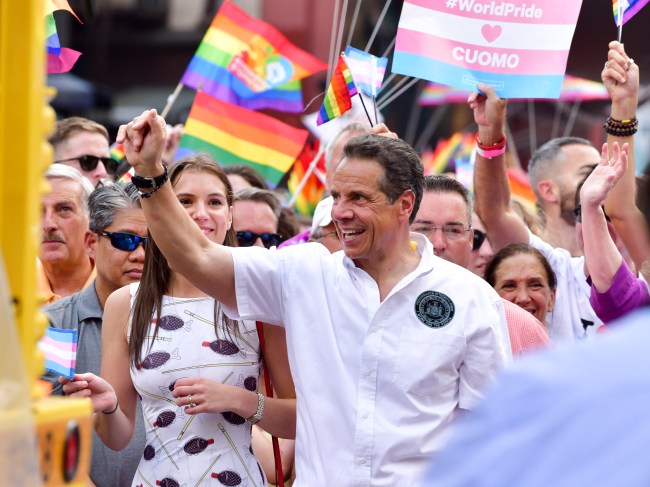 When it comes to looking jacked, a polo shirt is perhaps the most exposing garment of all (obviously we’re excluding tanks and crop top football jerseys from the 80s). The reason polos are so tough to pull off is because the variation in sleeve length is extreme. In middle school, Abercrombie and Fitch polos gave you a centimeter of sleeve. It was a sweatband. And it would ride up your pathetic, prepubescent arms like a tourniquet condom ring.

On the other side of the spectrum, we have government-issued New York state gray polos—a shirt whose sleeves extend to the elbow. These shirts are cut out of the potato sacks used at county fairs to race children. It is the least breathable fabric in the history of breathing. With every passing minute, your body asphyxiates under these Guantanamo Bay enhanced interrogation devices. I’m not sure why Cuomo decided to ditch his customary suit and tie today, but my guess is that he spilled some danish filling on his dress shirt this morning and, in a pinch, asked an aide for a replacement. The aide ran into a storage closet that had a few leftover polos from a Hurricane Sandy relief fundraiser, and as soon as this press conference is over, that aide will be unemployed.

Improbably, Cuomo fills it out. See how the sleeve is tight to the bicep? It doesn’t droop; it is filled with muscle. Which can only mean one thing: Governor Andrew Cuomo is jacked.

This is big. I love finding out that people are secretly jacked. It’s the best thing ever. Like when Kumail Nanjiani broke the internet with his body transformation? What a fantastic day that was.

Andrew Cuomo is 62 years old. He has no business being jacked. He’s a damn governor. And yet somehow, he finds time to run the rack. Amazing. The guy’s stock is already soaring. Stay hot, Drew.

It’s no secret that his brother, the CNN anchor Chris Cuomo, is super jacked:

Today I learned that behind the CNN desk, Chris Cuomo is JACKED pic.twitter.com/fI7Jaj2o2S

Don’t call him Fredo though. Holy shit (what an awesome video. Chills.)

But Chris is 13 years younger than Andrew. It’s so much harder to be jacked in your 60s. And it’s not only his guns. His face is pretty jacked too: 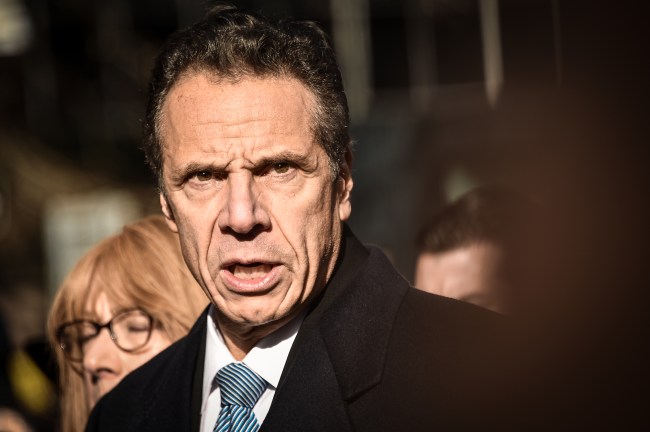 That’s a jacked face. See those boomerang lines that go from his nose, around his mouth, and down to his chin? That takes discipline. Just as developed tris look like horseshoes, a cut face will carve out some boomerangs. You gotta chew gum way past the point of comfort. We’re talking thirty minutes on two sticks of Juicyfruit made pre-1984, when they switched to a new recipe and started that whole “longer lasting” bullshit. Maybe Cuomo even throws one of those grip-strengthening devices between his teeth for a burnout set. Either way, that face can lift.

Hat tip to the Govnah. Let’s hope he posts some home workout routines we can follow.