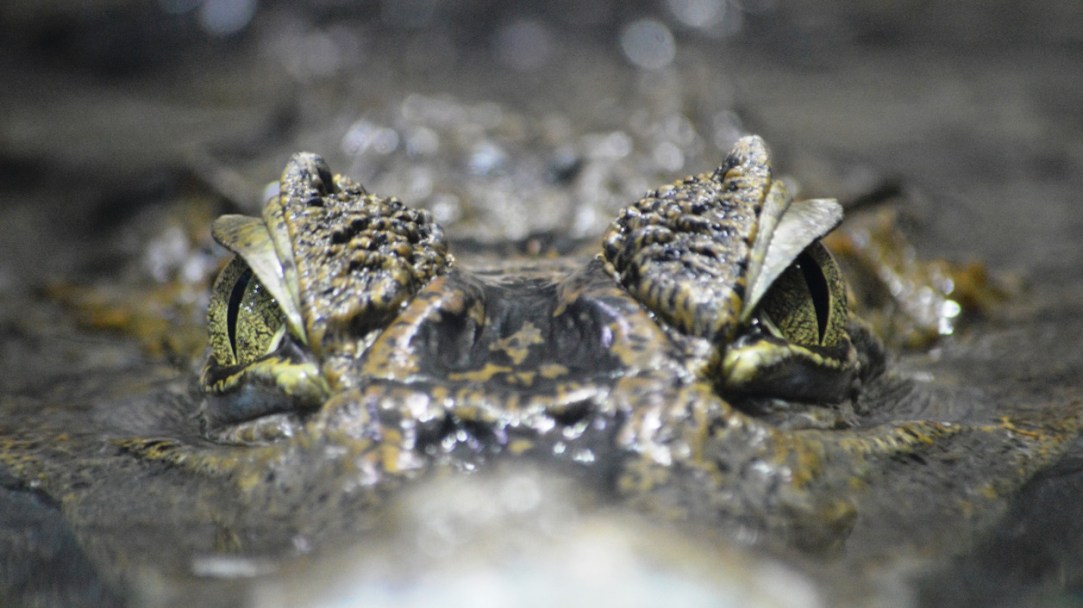 Most people on planet earth possess a healthy fear and reverence for crocodiles and alligators. This is instinctual and protects us from getting bitten or eaten by an alligator.

Then there are people like the late great Steve Irwin who respected the incredible power of crocodiles and alligators but didn’t seem to fear them at all. This same healthy respect for crocs also appears to be present in his son Robert Irwin who is a spitting image of Steve.

Then there are folks like this adorable abuelita in Mexico. She discovers an alligator perched up underneath/behind her couch. Instead of panicking she grabs the broom and sweeps it away like a dust bunny. And then everyone goes about their business as the alligator vacates her home.

I had a similar experience when I was in high school in Florida. I walked into the men’s restroom to find a 5-foot alligator perched up on the floor.

My high school had a large pond adjacent to it in an area where there were lots of lakes around. This led to a revolving door of alligators showing up in the pond as they moved around through other lakes. One day, one of them decided it would hop in the men’s bathroom and chill out on the cool floor and I nearly lost my mind when I opened the door and found it there.

Florida is wild on another level https://t.co/tydnBGRbHk

Ultimately, we just had to leave the door open and the alligator removed itself and went about its merry way. Animal control was called but it was gone before then.